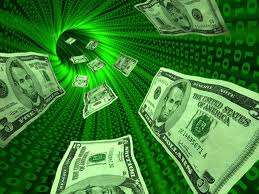 KARACHI: The inflows of foreign investment doubled in 2012-13 compared to the preceding fiscal year. Though it reflects an upward trend, but the amount is still much below what it was five years back.

The foreign investment witnessed a steep fall in the last five years, declining from $5.5 billion in FY08 to $760m in FY12. However, the trend changed in FY13, particularly in the last quarter of the fiscal, and it ended with total foreign private investment (FPI) of $1.567bn, increasing by 106 per cent or $806m.

The Foreign direct investment (FDI), which was the major part of the FPI and real catalyst for an economy, also strengthened significantly, increasing by 76pc in the fiscal under review. In terms of amount the FDI increased by $627m to $1.447bn.

What is more worrisome is that outflow of foreign investment was still too high. The details showed that during the FY13, the total inflow of FDI was $2.653bn while the outflow was $1.205bn.

Pakistan lacks attraction for foreign investment as the investors are either leaving the country or are reluctant to invest because of deteriorating law and order.

The inflows pattern of FDI shows that most of the money landed from the United States, the United Kingdom and a few other countries, while no rich Middle Eastern country found any attraction to invest in Pakistan.

The highest FDI came from the United States and statistics showed that the outflow for the country was very low. In FY13, the FDI from the US was $632m, around 44pc of the total FDI that year. The outflow was just $31m.

Second highest FDI was received from Hong Kong and then from the UK, both invested $242m and $223m respectively during the fiscal year.

However, the most significant outflow was for the Norway – a hefty $258m. Similarly, outflow for the Netherlands was $118m.

The FDI from China was $90m which seems negligible against the backdrop of increasing trade volume with the neighbouring country. After the first visit of the newly appointed Prime Minister Nawaz Sharif to China, it is hoped that more investment would pour in in the near future.