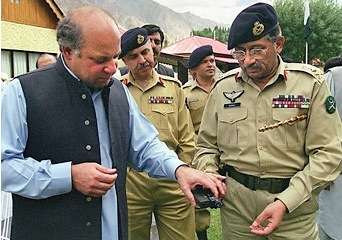 ISLAMABAD: The federal government has decided to initiate a high treason case against former military dictator Pervez Musharraf for subverting the constitution of Pakistan twice, Prime Minister Nawaz Sharif announced in the National Assembly on Monday.

Attorney General of Pakistan Munir A Malik has submitted this stance before the Supreme Court today during the hearing.

On June 6, Musharraf’s lawyer had requested the Supreme Court to find out what the newly-elected federal government’s views are on treason proceedings against his client.

“I would urge the court to ask the attorney general of Pakistan to get fresh instructions from the new government [in this regard] as the interim government had earlier declared that initiating the treason trial against Musharraf was beyond its mandate,” advocate Ahmed Raza Kasuri had requested the three-judge bench.