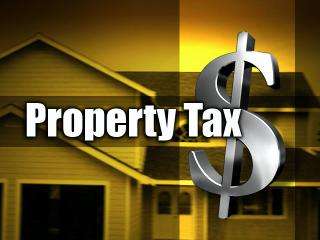 KARACHI, July 5: Owners of residential and commercial buildings will be required to pay more property tax at the rate of 25 per cent of the annual rental value (ARV) from July 1.

The tax burden on owners of residential units in a middle class locality would be around Rs500 while owners of commercial buildings in these areas would be required to pay an extra Rs4,000 to 5,000 per unit.

The new rates, announced by the Directorate of Property, provide that owners of 240 sq yd houses in posh localities, like Clifton, Defence and Tariq Road, would be required to pay Rs2,484 per year as property tax instead of Rs1,987 earlier.

Owners of houses falling in B category areas – Gulshan-i-Iqbal, Gulistan-i-Jauhar, North Nazimabad and Federal B Area — would be required to pay Rs1,987 against Rs1,589 at present in case of 240 sq yd units and Rs3,024 in case of 400 sq yd houses.

Owners of residential units in C-category areas, including Liaquatabad, North Karachi, New Karachi, would pay Rs1,490 as property tax against Rs1,192 earlier for a 240 sq yd house while property tax for houses measuring 400 sq yd in these areas have been raised to Rs2,268 from Rs1,814.

Property tax for 400 sq yd commercial buildings in A category posh localities has been increased to Rs37,800 from Rs30,240 earlier.

Owners of 240 sq yd commercial units in the same category would be required to pay Rs24,840 as tax against Rs19,872 earlier.

There has been a nominal increase of Rs199 in property tax per annum for 240 sq yd houses and Rs303 for owners of 400 sq yd in poor localities falling in D-category.

Director, Property Tax, Saleem Bhutto, told Dawn that flats with covered areas up to 600 sq yd and property units with 120 sq yd built-up would continue to be exempted from property tax during the new financial year.

The directorate collected Rs1,250 million as property tax from owners of commercial and industrial buildings in Karachi and elsewhere up to May 2013.

Mr Bhutto said that provisional property tax challans with higher rates would be issued from July 1, 2013 and the difference of amount will be recovered on the approval of the Finance Bill.

He advised the owners to get their new buildings assessed by the concerned excise and taxation officers as soon as construction is complete.

The Excise and Taxation Department had proposed to increase property tax rates by at least five per cent in the new budget in view of tremendous increase in annual rent value of housing units during the last 10 years. The provisional raise in tax rates was suggested until a new survey is carried out to re-assess the ARV of housing units in different localities.