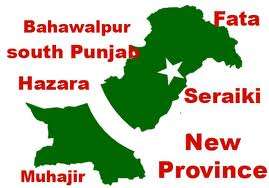 ISLAMABAD: Three provinces have opposed the Supreme Court’s suggestion of supplying electricity in bulk directly to the provinces in accordance with their requirements and deducting the cost at source from the National Finance Commission (NFC) award allocations.

The court had asked Attorney General Muneer A. Malik to seek instructions from the federal and provincial governments on the possibility.

The proposal meant that the provincial governments, being responsible for maintaining law and order, would collect the dues for ensuring smooth supply of power to their consumers ready to pay the charges, absolving the centre of the responsibility and any backlash.

In response to the court’s directive, Punjab, Sindh and Khyber Pakhtunkhwa submitted replies through their advocates general, opposing the proposal.

Balochistan did not submit its reply.

Punjab’s acting Advocate General Mustafa Ramday said the province was receiving Rs500 billion through the NFC and if Rs420bn was deducted in advance, little would be left for other expenses.

The court said that if the provincial government could not purchase electricity, it should curb the theft of electricity and gas in the province.

Mr Ramday said the Punjab government had launched a campaign and registered several cases in this regard.

The court took notice of an allegation that the fertiliser factories, despite availing the federal government’s subsidy, were not providing relief to farmers and selling the products at a very high price.

The court issued notices to fertiliser companies and adjourned the hearing for two weeks.

FATA: The court also took suo motu notice on an application of Senator Hilalur Rehman highlighting the plight of residents of the Federally Administered Tribal Areas (Fata) who are suffering because of 22 hours of loadshedding every day.

The senator from Mohmand Agency said people living in his area were facing the worst ever loadshedding during Ramazan because the Peshawar Electric Supply Company was not supplying the due share of electricity to the area.

He said the Tribal Electric Supply Company and the National Power Construction Corporation provided electricity to Fata through both Tesco and Pesco.

He said Pesco received 15pc electricity from the NPCC, of which Fata’s share was 3pc.

Even if this allocated amount was supplied to the region, its residents would get a big relief, he added.

The senator said Tesco’s quota is 307 megawatts, but Fata was getting less than 160MW. He requested the court to order Pesco to normalise the supply for the people of Fata.

The chief justice ordered registration of the application and putting it up with the relevant judicial file after obtaining a reply from the managing director of the National Transmission and Dispatch Company.