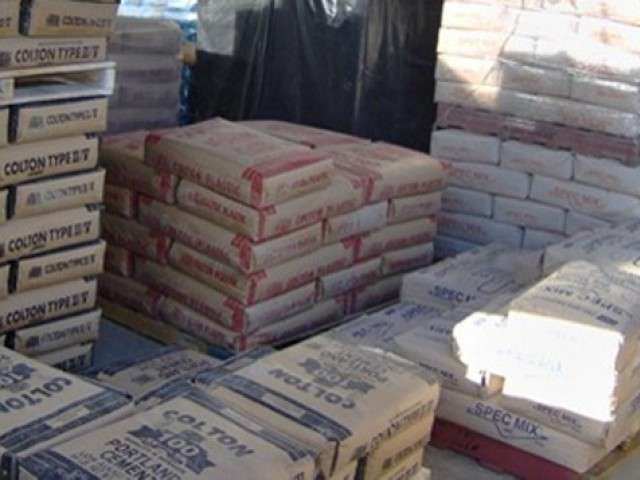 Cement prices may go up by Rs35 per bag

Cement prices may go up by Rs35 per bag

KARACHI, June 15 (IFM Web Desk): Cement prices are likely to go up by Rs30 to Rs35 for a 50kg bag after introduction of taxation measures in the federal budget.

A cement maker attributed the possible increase in cement prices to enhancement of the GST from 16 to 17 per cent, and 2pc extra sales tax on non-registered buyers, which would make an initial impact of Rs10 per 50kg bag.

A majority of the buyers from the cement industry are unregistered.

Other brands prices would also rise, and may hover between Rs470 and Rs475.

Similarly, denial of input tax adjustment, and expansion in list of items on which sales tax would be charged at retail would also affect the sector.

The increase of Rs12 to Rs15 per bag would be witnessed due to amendment in the rules regarding cement sold in retail packing.

Another issue is expansion of scope of withholding regime for withholding the whole amount of tax by withholding agents on purchases made from unregistered persons (17pc Sales Tax to be deducted from payment and to be deposited to treasury).

The sector is also to get affected severely due to major changes in Income Tax.

Section 236 G of ITO, 2001, is introduced to charge withholding tax at the rate of 0.1pc from distributors, manufacturers or commercial importers at the time of sale to distributors, dealers and wholesalers.

The cement makers said the impact of increase in GST would be devastating as each and every input of the cement industry would be increased, and the industry would largely remain unable to pass on this burden, as the end users are unregistered.

For example, transportation of both raw material and finished goods would be impacted due to increase in GST on petroleum products.

Minimum Tax at the rate of 0.5pc of turnover is payable by companies, certain individuals and AOPs in case of declared losses or if the tax payable on the declared income is less than the Minimum Tax.

An analyst at Top Line Securities said that Public Sector Development Programme (PSDP), a part of which is spent on infrastructure development, has been increased by 32pc in FY14 to Rs1,155bn as against Rs873bn in the previous year.

The government has announced a number of infrastructure development programmes which include building of dams, highways and housing colonies.

He said that the highest-ever PSDP allocation with focus on projects such as dams, highways, housing colonies would further strengthen cement demand.