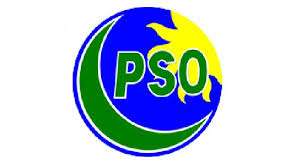 ISLAMABAD, June 24: The government on Monday officially stated that it had ordered an audit and investigation into the affairs of Pakistan State Oil, following certain complaints regarding functioning of the company.

In a statement issued on Monday, the ministry of petroleum said the Pakistan State Oil (PSO) is a public listed company whose affairs are managed and run by an independent Board of Directors (BoD). Nonetheless Ministry of Petroleum and Natural Resources, being the major stakeholder, is obligated to conduct necessary audits for internal control measures as and when required.

It said the “Chief Finance and Accounts Officer (CF&AO) attached with Ministry of Petroleum and Natural Resources has been asked to conduct audit of PSO to review internal checks and balance.

‘‘Accordingly, the CF&AO MPNR recently visited PSO headquarters in Karachi for the purpose.”

“The scrutiny of documents is under process and nothing has been concluded as yet. However, if anything is found to be in contravention of the rules and procedures, it would be brought to the notice of the competent authority for appropriate action.”