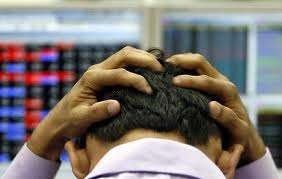 On Tuesday, a better-than-expected report on U.S. house builder confidence and inflation data suggesting low but stable price growth, supported the view that economic conditions are adequate for the U.S. central bank to start scaling back its $85 billion monthly bond-buying. (Full Story)

A majority of economists polled by Reuters expect the taper to happen in March, but a recent run of upbeat economic data has steadily shortened the odds on a taper announcement at the end of the Fed meeting later in the day — or in January.

“The market-neutral decision is a January taper,” Citigroup said in a note. “A nominal taper (on Wednesday) would catch 60 percent of the market by surprise — and FX positioning remains overweight emerging market FX.”

“For traders, this is still U.S. dollar-positive, but the sustainability of USD strength depends on any language changes we expect to accompany it.”

MSCI’s broadest index of Asia-Pacific shares outside Japan .MIAPJ0000PUS inched up 0.2 percent, though still faced resistance at its 200-day moving average. On Tuesday, it trimmed early gains to end flat.

Japan’s Nikkei share average .N225, spurred by buying from hedge funds, climbed 1.5 percent, extending Tuesday’s rebound from a sharp loss in the beginning of the week.

The Nikkei benchmark has risen 49 percent this year, on track to its best yearly rise since 1972, powered by Tokyo’s aggressive fiscal and monetary stimulus to revive the world’s third-largest economy.

“We may see nothing at all from the Fed, although they would give a strong indication a taper is on the cards. This is a strong possibility as well, which could be USD negative,” Chris Weston at financial spreadbetter IG wrote in a note.

“I would use this as a buying opportunity though, especially against the JPY, given the market will start to expect this action in January.”

The Australian dollar AUD=D4 was up 0.2 percent at $0.8917, coming off a 4-1/2 month low of $0.8882 set on Tuesday after the country’s central bank reiterated its recent message that the currency was uncomfortably high.

Among commodities, U.S. crude prices CLc1 added 0.2 percent to about $97.4 a barrel, recovering from the previous session’s 0.3 percent decline.

Gold XAU= rose 0.4 percent to around $1,234 an ounce, having fallen 0.8 percent overnight. The precious metal has fallen more than 26 percent this year, heading for its worst annual performance since 1981.