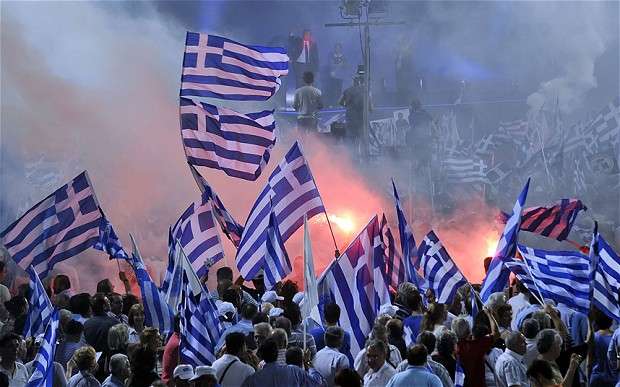 In a long-awaited move, MSCI did raise Qatar and the United Arab Emirates to emerging market status from frontier market classification.

Morocco’s classification was lowered to frontier market from emerging market status. The firm said Morocco has failed to meet liquidity requirements for several years and a downtrend has shown no sign of reversal.

In addition to the country reviews, MSCI said it would start examining China A-shares for potential inclusion in the MSCI Emerging Markets Index .MSCIEF.

The firm was quick to point out that initiating a discussion does not indicate any China A-shares have already met the standards of accessibility for inclusion in the benchmark index.

However the significant size of this market and possible further regulatory reforms in the short term mean MSCI believes “it is important to actively engage with the international investment community on this matter.”

South Korea and Taiwan remain on review for reclassification to developed market status from their current emerging market position.

MSCI said the equity market in Greece is not reflecting the improved practices currently found in developed markets for such things as securities borrowing and lending facilities, short selling and transferability. It also has not met the developed market criteria for size for the past two years.

Greece, which has been at the epicenter of Europe’s financial crisis, is in its sixth year of recession and unemployment is nearly 27 percent.

“Market participants have commented that in-kind transfer and off-exchange transaction-like facilities that were introduced in 2008 by the Greek authorities and the Athens Stock Exchange, are so restrictive that they are, in practice, unusable,” MSCI said.

MSCI said it is monitoring Egypt’s markets, with particular concern over the recent shortage of foreign currency on the domestic foreign exchange market.

“MSCI may be forced to launch a public consultation with the investment community on a potential exclusion of the MSCI Egypt Index from the MSCI Emerging Markets Index were the situation on the Egyptian foreign exchange market to worsen and result in the inability of international investors to repatriate their funds,” MSCI said.

Israel’s market, which was moved to developed market status from emerging in May 2010, is not finding support among international institutional investors for inclusion in the MSCI Europe Index. Given some investors have started to include Israeli companies in their European portfolios, MSCI said it would continue to include Israel in its MSCI Europe + Middle East index.