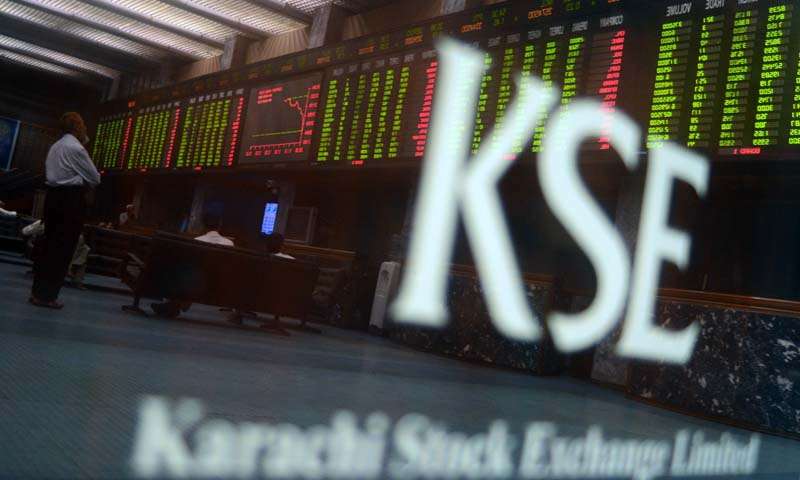 KARACHI: Pakistani stocks continued their upward trend, breaking through their all time high record on Wednesday. The market gained 263.72 points on the back of heavy trading witnessed in the banking and oil and gas sectors.

The benchmark 100 index of the Karachi Stock Exchange gained 1.16 per cent, closing at a record 22984.94 points. Record activity was witnessed on the local bourse as volumes reached close to a four-year high of Rs18 billion.

Large cap stocks supported overall activity as foreign inflows increased, evident from the fact that top three stocks made 35 percent of the volume.

Riding on the back of continued optimism in the market, the oil and gas sector saw heavy gains as investors expected gas prices going up in the future. This, coupled with the government plan to resolve the circular debt issue, bolstered investor optimism in the power sector as well.

The pro-business administration of Prime Minister Nawaz Sharif has recently concluded various large investment deals with neighbouring China as well as a loan agreement with the International Monetary Fund, calming investors worried about the crippling economy, the analyst said.

The biggest gainers of the day were in the oil and gas sector as the stock prices of PSO, Attock Refinery and Pak Petroleum went up by 5 per cent, 5 per cent and 2.7 per cent respectively due to aggressive institutional buying.

Commercial banks consolidated their earlier gains as National Bank rose to a price of 50.47 up by 3.7 per cent while Muslim Commercial Bank also rose by Rs 1.51.

The construction and materials sector shed prices after having risen in the past week, with Fauji Cement and Maple leaf cement both slightly losing on earlier gains after having traded a volume of over 10 million.

Overnight rates in the money market remained flat at 9 per cent.