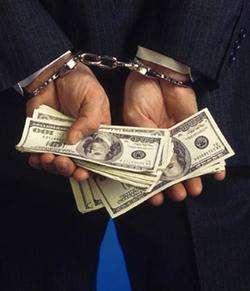 As per inquiry report received by NAB from the Security and Exchange Commission of Pakistan  (SECP), the JS bank has clearly been implicated and contrary State Bank maintains the position quoting SECP in opposite, said a press release issued here on Saturday. NAB has also sought an explanation from the SECP for omitting to include M/s JS Bank in its writ petition filed in the court of Session Judge Karachi South. SECP has also been asked to explain why it misguided the State Bank of Pakistan by making a false statement that JS Bank was not involved in insider trading. Under the awareness and prevention regime of NAO, the Bureau has issued a letter to both the Governor of State Bank of Pakistan and Chairman SECP. Since SECP report to NAB contradicts the letter SECP sent to the State Bank of Pakistan; wherein, in the former letter clearly indicates involvement of M/s JS Bank in inside trading and in the latter, exonerates M/s JS Bank, one of the two letters obviously makes a false assertion. NAB has sought an explanation of SECP in this regard.