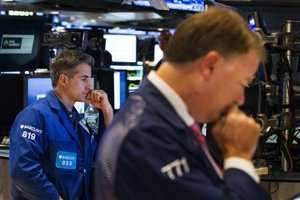 “The path of least resistance continues to be up,” James Dunigan, who helps oversee $118 billion as chief investment officer in Philadelphia at PNC Wealth Management, said by phone. “In general, the earnings picture is good. Valuations with the market at these levels are probably in the fair range. As you get into year-end portfolio adjustments, playing on that momentum we’ll likely see the market continue to do well here as opposed to selling off. I think if there are any sort of corrections they’ll be short lived in this environment.”

The equity gauge jumped 4.5 percent in October, reaching a record on Oct. 29, as the Federal Reserve decided to continue $85 billion in monthly bond purchases, and companies beat earnings forecasts. Investors are watching data to gauge the health of the U.S. economy after the Fed last week said it needs to see more evidence of sustained improvement before reducing the pace of its monthly bond purchases.

The S&P 500 has surged more than 160 percent from a bear market low in 2009 as the central bank introduced unprecedented monetary stimulus to spur growth. The benchmark gauge is up 24 percent this year, poised for the best annual gain since 2003.

The rally pushed the index’s price-to-earnings ratio up 18 percent this year to 16.8, near the highest level in more than three years, data compiled by Bloomberg show. The 15-year average multiple is 19.3.

The economy probably slowed in the third quarter and employers hired fewer workers in October, economists project reports to show this week.

Gross domestic product grew at a 2 percent annualized rate after a 2.5 percent pace from April through June, according to the median forecast of 69 economists surveyed by Bloomberg before Commerce Department figures due Thursday. Growth in consumer spending, the biggest part of the economy, was probably the weakest since 2011. Payrolls rose by 125,000 workers last month after a 148,000 gain in September, Labor Department figures may show Friday.

“We’ve been in this slow growth environment for some time and we don’t see it breaking out of the trend,” Rex Macey, who helps oversee $20 billion as chief investment officer at Wilmington Trust Investment Advisors in Atlanta, said in a phone interview. “That’s the thing markets kind of like, where it could be a little warmer, but at least it’s not too hot.”