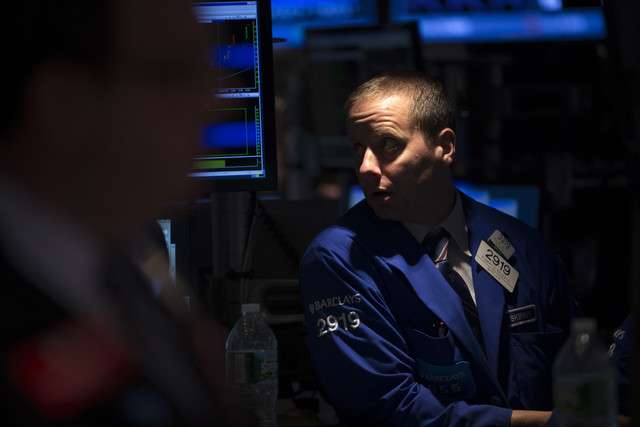 “The most bullish thing a market can do is go up, and that’s what it’s been doing,” Bruce Bittles, chief investment strategist at RW Baird & Co., said by phone from Sarasota, Florida. His firm oversees $100 billion. “With Janet Yellen coming on stream and the latest jobs data that was a disappointment, that suggests that the Fed will continue to ease and print money until at least March and probably beyond.”

The S&P 500 rallied 0.9 percent last week for its third straight weekly gain, as signs of slower economic recovery fueled bets the Fed will wait until March before scaling back bond purchases. The gauge has jumped 4.8 percent this month as lawmakers agreed to raise the government’s borrowing limit.

Fed policy makers meet Tuesday and Wednesday to consider whether economic growth is strong enough to start trimming $85 billion of bond purchases. This month’s 16-day government shutdown took at least $24 billion out of the economy and will spur central-bank policy makers to wait until March to scale back the stimulus, a Bloomberg survey showed this month.

Data today added to concern that growth slowed in the weeks before the shutdown. Factory output rose 0.1 percent in September, slower than the 0.3 percent forecast by economists in a Bloomberg survey. Another report showed fewer Americans than forecast signed contracts to buy previously owned homes in September, the fourth straight month of declines. A report last week showed hiring grew at a slower-than-estimated pace.

“Investors are going to be overly focused on this Fed meeting,” Scott Wren, senior equity strategist at St. Louis, Missouri-based Wells Fargo Advisors LLC., which oversees about $1.3 trillion, said by phone. “I suspect that when the statement is released there’s going to be very little change to it.”

Better-than-expected earnings and the Fed stimulus have driven the S&P 500 up more than 160 percent since March 2009. The rally has lifted equity valuations, with the index trading at 16.7 times reported earnings.

Profits have beaten the average analyst estimate at 76 percent of the 249 S&P 500 companies that have released results so far in the latest reporting season, data compiled by Bloomberg show.

The Chicago Board Options Exchange Volatility Index, the gauge known as VIX that measures options traders’ estimate of future price swings in S&P 500, has slid 20 percent so far this month. The gauge climbed 1.7 percent to 13.31 today.

Five out of 10 main industries in the S&P 500 advanced, as consumer-staples companies rose 1.2 percent to pace gains.

Bristol-Myers Squibb Co. rallied 6.7 percent to $52.02, the highest since December 2001. The company’s experimental rheumatoid arthritis drug reduced symptoms of the disease and was about as effective as a current standard treatment sold by AbbVie Inc., a study found.

The company, whose market value once topped $7 billion, has generated about $2 billion in losses over the past decade. That market capitalization now hovers at about $400 million.

Apple fell 2.2 percent to $518.46 as of 4:50 p.m. in New York. After the close of regular trading, the world’s most-valuable company predicted lighter-than-estimated gross margins. Its sales forecast for the crucial holiday quarter topped analysts’ projections. Profit for the just-ended quarter fell 8.6 percent to $7.51 billion, or $8.26 a share, above the $7.92 projected by analysts on average and the third-consecutive period of declines.

Merck dropped 2.6 percent to $45.35 in regular trading for the biggest drop in the Dow. Third-quarter earnings, excluding one-time items, were 92 cents a share, beating by 5 cents the average of analyst estimate compiled by Bloomberg. Sales fell 4 percent to $11 billion, hurt by patent expirations and foreign currency exchange, the second-biggest U.S. drugmaker said. The revenue fell short of the $11.1 billion projected by analysts.

Edwards Lifesciences Corp. slid 5 percent to $73.24 after forecasting fourth-quarter profit below analysts’ estimates. The maker of replacement heart valves is facing increased competition from Boston Scientific Corp. which said today it received approval for its Lotus heart valve, a second-generation device, in Europe. Medtronic Inc. (MDT) plans to present data on its CoreValve at a medical meeting tomorrow.

The smallest stocks are rallying almost twice as fast as bigger companies in the U.S., a bullish economic signal from businesses whose profits are most dependent on domestic demand.

Shares of companies from Rite Aid Corp. to Teledyne Technologies Inc. in the Russell 2000 Index (RTY) have advanced 32 percent in 2013, compared with 19 percent for the Dow. The spread is the widest for any year since 2003, according to data compiled by Bloomberg. Three of the last four times small-caps outperformed by this much, the economy grew faster the next year and stocks stayed in a bull market for another year or more, based on data from the past 34 years.

Gains in smaller companies that are more dependent on U.S. growth show investors are betting the world’s largest economy will pick up even after jobs growth slowed and the government shutdown weighed on gross domestic product. Smaller firms are surpassing analyst earnings estimates by more than Dow companies and are forecast to grow faster next year.

“If you’re focused on the U.S., and the U.S. is performing very well, then of course your revenues and earnings are going to be much better,” Kully Samra of Charles Schwab Corp., which has $2.15 trillion of assets globally, said by phone Oct. 24 from London. “Other regions are at different stages of dealing with structural issues, and the U.S. has already dealt with them.”