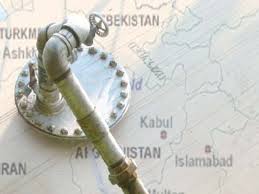 ASHGABAT, TURKMENISTAN – The Asian Development Bank (ADB) has been appointed transaction advisor to help attract a commercial consortium leader of global repute that will build, own and operate the planned 1,800-kilometer Turkmenistan–Afghanistan–Pakistan–India (TAPI) natural gas pipeline.

“We are grateful for the confidence the parties have in ADB to help move this important gas project one step closer to fruition,” said Klaus Gerhaeusser, Director General of ADB’s Central and West Asia Department. “It will bring multiple benefits to the participants, including access to new markets, enhanced energy security and job opportunities, and have transformational impact on regional cooperation and boost other initiatives aimed at bringing peace and stability to the region.”

Under an agreement signed with the countries’ state gas firms, ADB will advise on the establishment of the TAPI pipeline company, undertake technical due diligence, and handle the bidding and selection of a commercial consortium leader to build, own and operate the pipeline. The company will be jointly owned by the four state gas firms: State Concern “Turkmengas”, Afghan Gas Enterprise, Inter State Gas Systems (Private) Limited, and GAIL (India) Limited.  When selected, the commercial consortium leader will take a majority stake in the company.

The project, earmarked for completion in 2017 by the four countries, will aim to export up to 33 billion cubic meters of natural gas a year from Turkmenistan―with the world’s fourth-largest proven reserves―to Afghanistan, Pakistan, and India over 30 years. It will allow landlocked Turkmenistan to diversify its gas export markets to the southeast, provide a vital new fuel source for developing southern Afghanistan, and help Pakistan tackle chronic fuel shortages. In India, it will allow the northern region to access a steady supply of gas to fuel its economic growth.

ADB has provided secretariat services for the development of the legal and institutional framework of the TAPI project since 2002, and more than $4 million in technical assistance. The pipeline was estimated to cost about $7.6 billion in 2008, but the final amount now could be substantially different.