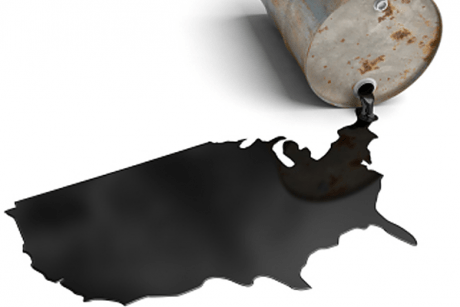 NEW YORK, July 22 (Reuters) – Even after a surprisingly vigorous surge in U.S. crude oil prices finally eliminated a three-year discount versus global benchmark Brent, some cash markets are sending a curious signal: refiners are ready to pay even more.

U.S. oil futures reached parity to European Brent on Friday for the first time in nearly three years, a sign new pipeline capacity is finally moving a glut of crude out of the U.S. Midwest. The gap, which before 2010 rarely widened to more than a few dollars, was $10 in early June and $23 in February.

It seemed clear what should happen next: Spot crude markets, where refiners and producers haggle over cents on the dollar for cargoes and pipeline batches, would fall. The same glut that had depressed prices at the delivery point of Cushing, Oklahoma, for years would shift south, pressuring prices in Houston and the trading hub of St. James, Louisiana.

For the moment, however, the reverse is occurring. Light Louisiana Sweet (LLS), a marker for light, sweet crude on the Gulf Coast, is getting stronger instead of weaker versus Brent, signaling that refiners are prepared to pay even higher prices for crude – domestic or foreign – despite seemingly abundant supplies from Texas’s Eagle Ford and Permian Basin.

The reasons for the increase are both fundamental and structural. For one, Gulf Coast refiners are running at record rates, enjoying robust margins on exported fuel. In addition, light crude imports from Canada have been disrupted, spurring unexpected demand from Midwest refiners.

But it also reflects a disconnect along the Gulf Coast. While new pipeline capacity is sending more and more Texas shale oil and crude from the Cushing, Oklahoma, hub to refiners on the Texas coast, there are limited options to send crude 300 miles to the Louisiana coast as pipelines have not yet been completed.

No sooner has one logistical kink been worked out of the market than a new one has appeared, albeit temporarily, highlighting how the turbulence that has roiled domestic oil markets for years is far from over as the industry struggles to adapt its infrastructure to the unyielding surge in shale.

While global markets have this month been focused on the renewed convergence of WTI and Brent futures, Brent and LLS – considered a more accurate spread for determines the economics of importing foreign crude oil into America’s biggest refining center – have rarely been further apart.

The two similar crudes traded in tandem for most of June and July, but diverged sharply over the past week. The LLS premium to Brent, which was near zero in late May, widened to $5.69 on Friday, the strongest level since March. The spread has been wider than $6 only three times in the past five years.

Since the start of July, crude stockpiles on the U.S. Gulf Coast have plunged more than 16 million barrels, the fifth biggest three-week decline on government records dating back to 1990. The drop came as refiners cranked up throughput to record levels over 8.5 million barrels per day (bpd), pumping out additional product to feed a growing export trade. (Full Story)

But refiners in Texas and Louisiana are not the only ones wanting more. Some in the Midwest may be looking to pull more oil up the Capline, the main conduit for shipping crude from St. James, Louisiana, the delivery point for LLS, to Chicago, according to analysts.

Shipments on Capline, one of the largest pipelines in the country, had dwindled over the past few years as the surplus grew in the Midwest, more than meeting refiners’ needs.

But recent disruptions to production of Syncrude in Canada – and plans for nearly two weeks of maintenance on Enbridge’s 318,000 bpd Line 14, which takes Canadian crude to Chicago between late August and early September – is causing a short-term spurt of demand for sweet crude, experts said.

“The price is being supported by refinery buying,” said Eric Lee, a commodities analyst at Citibank, “The balances are saying refiners are running higher than ever before.”

“You need imports to make up the gap.”

That’s a reversal from the trend of the past few years, as Gulf Coast refiners imported less and less light, sweet crude from places like Nigeria and from the North Sea, as shale plays in Texas and North Dakota produce comparable barrels.

Imports into the Gulf Coast have trailed year-ago levels by around a million bpd in recent weeks, while U.S. imports from Nigeria, a large light, sweet crude supplier, have dropped nearly 300,000 bpd from year-ago levels.

Production issues from heavier crudes from Gulf of Mexico such as Mars can also support LLS, according to Mark Routt, a senior energy consultant at KBC in Houston. Routt said those grades are frequently hedged using LLS, so when they experience disruptions, the light sweet grade can be pulled higher.

“There is no fungible way to get those other grades hedged or traded except via LLS,” said Routt, It has to be priced against an LLS which means its price pressure goes in to LLS and LLS goes up.”

“You will get LLS continue its strength again Brent will do is open the window to replace shut in Gulf Coast production.”

Earlier this year, U.S. oil produced from the Gulf found strength after the shutdown of Thunder Horse platform. Last week, Shell shut down its Auger platform, which feeds into the Bonito Sour crude stream, boosting differentials for crude in the region.

The squeeze on LLS supplies is likely to ease far more quickly than the glut in Cushing, which took the better part of three years to relieve.

There are already oil tankers actively shipping more than 200,000 bpd from Corpus Christi, Texas, to Louisiana, although they may not be able to carry much more due to the Jones Act law that restricts such activity to U.S.-flagged vessels. The journey costs about $2 per barrel, which accounts for part of the LLS premium to Brent, according to experts. (Full Story)

The wide spread is also likely to attract imports, helping to temper prices in the near-term. By early next year, however, new projects to move crude out of Texas and into Louisiana should iron out the kinks more permanently, potentially pushing LLS down to even a discount versus Brent.

The second phase of the project, from Port Arthur, Texas, to Houma, is expected to be finished in the fourth quarter. New pumping stations will boost it to full capacity in early 2014.