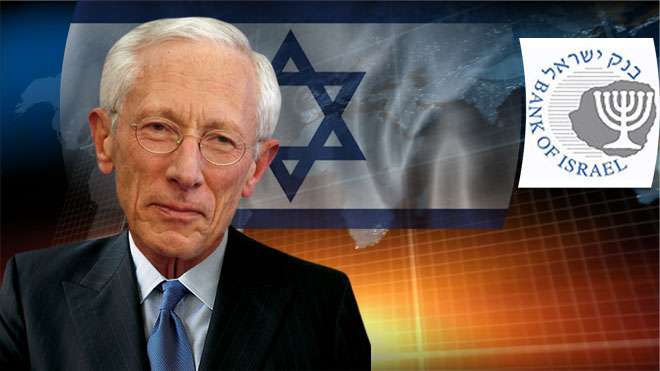 ISRAEL’S FISCHER PICKED TO BE NEXT FED VICE CHAIR – SOURCE

ISRAEL’S FISCHER PICKED TO BE NEXT FED VICE CHAIR – SOURCE

Dec 11 (Reuters) – Stanley Fischer, who led the Bank of Israel for eight years until he stepped down in June, has been asked to be the Federal Reserve’s next vice chair once Janet Yellen takes over as chief of the U.S. central bank, a source familiar with the issue said on Wednesday.

Fischer, 70, is widely respected as one of the world’s top monetary economists. He is seen as a pragmatic policymaker and has praised the Fed’s extraordinary steps to boost the U.S. economy. At the Massachusetts Institute of Technology, he once taught current Fed Chairman Ben Bernanke and Mario Draghi, the European Central Bank president.

Yellen, the Fed’s vice chair, is expected to win approval from the U.S. Senate next week to take the reins from Bernanke, whose term ends in January.

Fischer, who was born in Zambia and has Israeli and U.S. dual citizenship, would also need Senate approval if he accepts the offer from the White House. “He’s been offered the job” said the source, who declined to be named.

Fischer, who could not immediately be reached, has held top-level posts at the World Bank and the International Monetary Fund, and was credited with guiding Israel through the global economic crisis with minimal damage. For the Fed, he would bring the fresh perspective of an outsider, especially on communications, yet offer some continuity too.

He is “difficult to characterize with a term as obtuse as ‘hawk’ or ‘dove’ because he takes a balanced, academic approach to various topics of debate,” said Thomas Simons, an economist at brokerage Jefferies.

“However, given that he played an instrumental role in helping Ben Bernanke form his views on monetary economics, his presence at the Fed would represent some consistency in this time of transition.”

Fischer would arrive at a U.S. central bank starting to navigate a return to normalcy after taking dramatic and unprecedented steps to emerge from the Great Recession of 2007-2009.

The Fed is now wrestling with the decision of when to scale back its huge bond-buying program that sought to drive down long-term borrowing costs and swelled its balance sheet to some $4 trillion. It buys $85-billion a month in Treasuries and mortgage bonds in its current, third round of “quantitative easing,” or QE3.

At an IMF economic forum on Nov. 8, held in Fischer’s honor, he suggested he is a strong believer in the effectiveness of the Fed’s unconventional policies.

“It’s very hard to reach the conclusion that the unorthodox measures are ineffective,” Fischer said of the bond buying, acknowledging the policy is controversial.

“They appear to be effective and they essentially do that by working off either the provision of liquidity in markets where liquidity has effectively dried up, or by changing interest rates other than the central bank interest rate,” he said on a panel seated next to Bernanke.

As Fed vice chair, Fischer would have a strong hand in shaping policy. Yellen, who has held the post since 2010, was a driving force behind the Fed’s adoption last year of an inflation target, an important policy milestone for the bank.

One possible source of tension may be how to telegraph the Fed’s policy intentions. While Yellen and Bernanke have tied a rate rise to future levels of unemployment and inflation, Fischer has publicly warned about central banks giving so-called forward guidance that is too precise.

“He’s going to think outside of the box, he’s going to push the Fed a little bit, and that’s not a bad thing,” said Diane Swonk, chief economist at Mesirow Financial in Chicago.

Fischer “is very cognizant of what you can and can’t communicate, and I’m not sure the Fed is always so sensitive about that.”

If he takes the job, it would be the second time this year a major central bank made a high-profile hire from abroad. The Bank of Canada’s chief Mark Carney earlier this year became the first foreigner to lead the Bank of England.

The Fed’s seven-member board is depleted and risks thinning further. Elizabeth Duke stepped down in August, Sarah Raskin is set to leave for a job at the U.S. Treasury, and Bernanke is expected to depart when his term as chair expires Jan. 31.

With Yellen set to become the first woman to take the helm, some economists and investors had speculated that Jeremy Stein, a well-respected Fed governor and former Harvard professor, would be tapped to replace her. Some observers expect that he too could leave and return to Harvard if Fischer steps in.

Next week, the Fed holds a highly-anticipated policy meeting at which officials could announce the beginning of the end of QE3, given the improvement in the U.S. labor market. It will be Bernanke’s second-last as chair.

Fischer “is a very qualified and very solid vice chair candidate, and I don’t see on what grounds his nomination would fail,” said Roberto Perli, a partner at economic research firm Cornerstone Macro and a former senior Fed official.

“He seems to complement and balance Yellen pretty well … and he is probably more sensitive than Yellen to financial stability issues, and that is a good thing.”

Fischer, a naturalized American citizen, quit his job as head of Israel’s central bank on June 30, three years into his second five-year term.

Asked about his next job at a conference in Tel Aviv on Monday, he said: “The advice I received was not to accept a position until I had waited at least six months, which is in three weeks, so it seems like I am nearing a decision.”

Once chief economist at the World Bank and then first deputy managing director of the IMF from 1994 to 2001, Fischer was a key figure in the IMF’s Mexican bailout after the peso crashed in the mid-1990s and the fund’s main firefighter as it sought to douse the flames of the Asian financial crisis.

At the time, he negotiated repeatedly with troubled countries, jetting from one to the next as a financial storm swept through the world’s emerging markets. Robert Rubin, the influential former U.S. Treasury secretary, once described Fischer as the “unsung hero” of the crises.

During his tenure in Israel, the country’s economy performed better than most. Despite a focus on fighting inflation, Fischer slashed rates and went against his own policy of staying out of financial markets by buying up tens of billions of dollars to weaken the shekel and help prop up local exporters.

While he began cutting rates in 2008 before other major central banks in a bid to head off the worst of the recession, he also was among the first to raise them, a year later.

He “was very proactive with a dovish bias when necessary,” said Benoit Anne, head of emerging-market strategy at Societe Generale. “Fischer will bring a valuable awareness of the impact of Fed policies on the outside word, including emerging markets (meaning) the process of Fed policy exit may be better managed from a collateral damage perspective.”

Fischer was a vice chairman of Citigroup prior to joining the Bank of Israel. He had sought the top job at the IMF in 2011 but was disqualified due to his age.

If Fischer is nominated and approved by the U.S. Senate in time to take the reins from Yellen, it would be the first time in Fed history that the two top posts at the central bank are filled at the same time.

The closest to that the Fed has ever come was in 1979, when Paul Volcker took over as Fed chair less than two weeks after Vice Chair Frederick H. Schultz started his job.