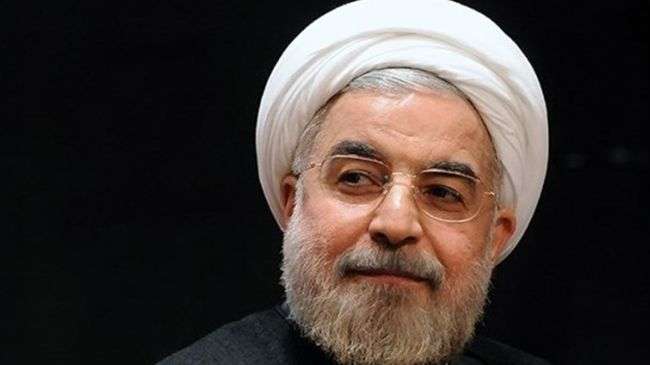 Hassan Rohani has won Iran’s 11th presidential election following a vote that saw a massive popular turnout on June 14.
Iranian Interior Minister Mostafa Mohammad-Najjar announced on Saturday that of a total of 36,704,156 valid ballots counted, Rohani won 50.70 percent of the ballots with 18,613,329 votes.
Principlist candidate Mohammad-Baqer Qalibaf came in behind Rohani by a wide margin, winning 6,077,292 votes. He conveyed his congratulations to Rohani on his victory.
Principlist Saeed Jalili won 4,168,946 votes, and independent Mohsen Rezaei 3,884,412 votes. Principlist Ali-Akbar Velayati and independent Mohammad Gharazi ranked at the bottom of the list, with 2,268,753 and 446,015 votes, respectively.
A total of 1,245,409 ballots were declared invalid.
Nearly 50.5 million Iranians, including more than 1.6 million first-time voters, were eligible to participate in the June 14 elections. The Interior Ministry put voter turnout at 72.7 percent.
Hassan Rohani’s Biography
The newly-elected Iranian president was born into a religious family on November 13, 1948 in the city of Sorkheh in Semnan Province.
Rohani started his religious education in 1960 at Semnan Seminary. One year later, he moved to the holy city of Qom. In 1969, he was admitted into Tehran University and received his BA in law after three years. Rohani earned his MA and PhD in law from Glasgow Caledonian University.
Rohani was involved in the struggle against the Pahlavi regime as a young man. After the late Imam Ruhollah Khomeini’s return from exile in France in 1979, Rohani was politically active in Europe. He held question-and-answer sessions with students in Britain and France.
Rohani was elected to parliament following the establishment of the Islamic Republic and served as a lawmaker for five consecutive terms until 2000. He held positions such as deputy Majlis Speaker and head of the Defense and Foreign Policy committees.
During the 1980-1988 Iraqi imposed war, Rohani served as member of the High Council of Defense, commander of the Iran Air Defense and deputy commander-in-chief of the Armed Forces.
Rohani currently represents Leader of the Islamic Revolution Ayatollah Seyyed Ali Khamenei in the Supreme National Security Council, and is member of the Expediency Council and the Assembly of Experts. He is also President of the Expediency Council’s Center for Strategic Research.
Rohani speaks fluent English, Arabic and Persian and has written nearly 100 books and articles as well as conducting 700 different research projects.