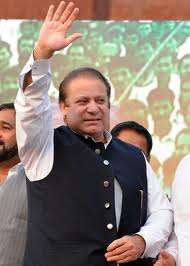 increase of Rs2.61 per unit, meant to be passed on to end users by the power regulating authority, which may result in it providing an additional subsidy of Rs200 billion to consumers.

Power distribution companies had filed petitions with the National Electric Power Regulatory Authority (Nepra) in June last year to seek an upward revision of the tariff, while claiming higher operational costs for the ongoing financial year. But Nepra, on the insistence of government officials who feared a political backlash, had not taken a decision on the matter until the PPP government completed its tenure.

Sources told The Express Tribune that the Ministry of Law and Nepra have now cleared the summary and okayed a Rs 2.61per unit increase in the power tariff in order to recover the revenue shortfall faced by power distribution companies in the ongoing financial year.

Breaking with the trend for election year, the PPP government froze the power tariff for the ongoing financial year, leaving a decision in this regard for the new government.

“After the revision, the power price will go up to Rs14.50 per unit from the existing Rs11.89 per unit, leading to a price differential claim of Rs5.63 per unit,” a government official said. The government is already paying Rs3.02 on every unit in subsidy to end users, as it charges only Rs8.87 for every unit of electricity sold.

But sources said the power ministry would not increase the tariff for customers, and the total power subsidy would go up as a result, forcing the PML-N government to release an additional Rs200 billion to settle tariff differential claims.

This year, the government had already projected that the power subsidy will actually clock in at Rs350 billion, against the original target of Rs185 billion. But our sources maintained that circular debt would not exceed Rs500 billion even if the price hike was not passed on to consumers. Officials said that out of the total debt, Rs200 billion would be settled by adjusting the receivables and payables of energy companies. Therefore, the government would instead have to come up with only Rs300 billion, which they said it will pay in three instalments.

Every month, over Rs30 billion is added to the national circular debt on account of transmission and distribution losses, lower collections, late payment surcharges to independent power producers and loss of fuel adjustment surcharge.

Private sector defaulters, who have to pay billions of rupees in dues, are still receiving electricity without having paid a penalty. Finding itself helpless in this regard, the past government had involved the National Accountability Bureau in a drive to recover Rs100 billion from such defaulters, who total around 234,000.