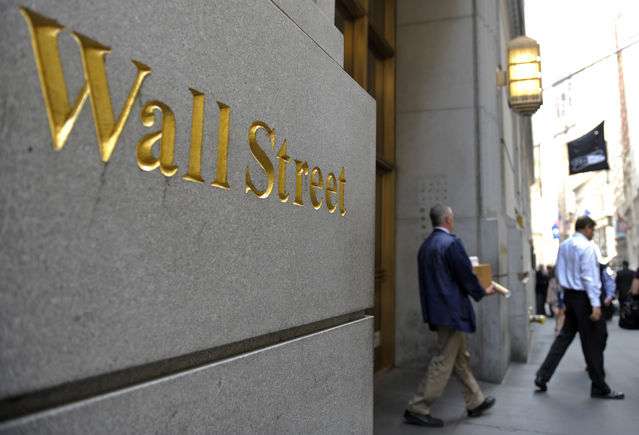 LAS VEGAS, May 26 (Reuters) – As a $14.8 billion hedge fund with a reputation for savvy mortgage trades and a record of double-digit returns, Pine River Capital Management has long signed up multi-billion-dollar pension and sovereign wealth funds as investors.

Now the exclusive hedge fund is making some of its strategies available to Main Street investors who’ve been warned that bets on stocks and bonds may not see them through retirement. For as little as $1,000, they can include hedge funds in their nest eggs.

As one of seven firms managing money in Wells Fargo’s new Alternative Strategies fund, Pine River is among the latest big-name funds to crack its doors to private clients with look-alike products known as liquid alternative funds after years of courting only the super-wealthy.

“Sub-advising portfolios in the (mutual fund) space is a new and diversified source of capital for a firm like ours,” said Brian Taylor, who founded Pine River with $350,000 of his retirement money in 2002. “Like anything new, we are taking a measured approach, but we believe it could be a growing part of our business over time.”

The trend provides private investors with fresh options beyond stocks and bonds and allows hedge funds to tap a vast new pool of capital. But it has also sparked fears that the original products – which demand high fees – could be cannibalized, drawing traditional investors to the cheaper ones.

“What was worth paying a 2 percent management fee and a 20 percent performance fee for a few years ago, isn’t worth it anymore,” said one investor, whose company puts billions into hedge funds and didn’t want to be named for fear of angering clients. The fee structure among hedge funds is referred to in the industry as “the 2-and-20”.

With hedged mutual funds there are no performance fees. And while individual funds’ basic fees vary, analysts said they usually cost about 2.75 percent, a bargain compared to straight hedge funds’ overall hefty costs.

Plenty of skeptics say that mixing hedge funds’ more illiquid strategies with a mutual fund structure – where investors can pull out money daily – will weigh on performance and ultimately won’t work.

Hedge funds for the masses are not new but until recently only smaller, lesser known players with less impressive track records signed up. Pine River’s 6-year old fixed income fund, for example, boasts an average annual return of 32.6 percent, having caught investors’ attention with a 93 percent surge in 2009. Last year the fund rose 10.2 percent after gaining 34.8 percent in 2012, far more than the average, similar mutual fund.

To be sure, the new products offer only a sliver of what many of the original hedge funds promise to deliver. The original funds’ strategies can be labor intensive, research heavy and complicated, focusing on non-agency credit trading, for example. Liquid alternative funds’ strategies are generally simpler, often involving stock picks.

But the draw is powerful. Assets in open-ended alternative mutual funds stood at $142 billion at the end of January, up 44 percent from a year ago, data from Morningstar show. McKinsey & Company consultants forecast that retail alternatives, including hedge funds, will likely make up 13 percent of U.S. retail fund assets by 2015, from 6 percent in 2010.

“Being able to add some hedge fund DNA to the 401(k) market is going to be an essential benefit for investors as well as the hedge funds that are participating,” said Averell Mortimer, chief executive officer of Arden Asset Management, which raised more than $1 billion for its liquid alternatives fund sold through Fidelity.

Private equity funds are also eyeing the retail space. David Rubenstein, co-founder of industry giant The Carlyle Group  CG.O, said that there will be a time for private clients to enter his types of funds, adding “that will be an enormous growth opportunity for people like us.”

But for hedge funds, getting into the liquid alternatives space early could also be a defensive play, as big institutional investors start to push back against high fees and returns that sometimes fail to beat the stock market indices.

“Hedge fund managers should be hedging their business,” said Brad Balter, Managing Partner of Balter Capital Management which invests in hedge funds and is now offering its own liquid alternatives fund.