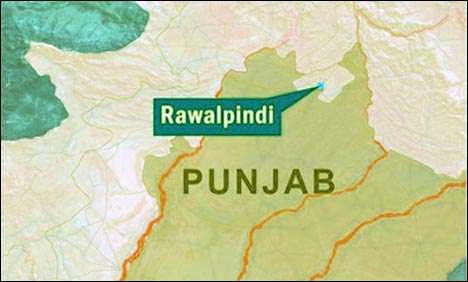 ISLAMABAD, April 9 (Reuters) – A bomb exploded at a vegetable market in the Pakistani city of Rawalpindi on Wednesday, killing 23 people and injuring at least 39, police and hospital officials said.

Police said the bomb had been hidden in a box of guava fruit and detonated amid the morning traffic.

Police said at least 39 people had been wounded.

Rawalpindi, whose suburbs blend into the capital of Islamabad, is the site of the powerful Pakistani military’s headquarters. But the blast occurred far from army buildings and the purpose of the attack was unclear.

There were no immediate claims of responsibility. Pakistan is holding peace talks with the Pakistani Taliban insurgency, which is supposed to be observing a ceasefire until April 10, but there are dozens of other militant groups.

The Taliban are demanding the release of hundreds of prisoners and the withdrawal of the army from some of the tribal areas along the border with Afghanistan.

The Taliban are fighting to overthrow Pakistan’s democratically-elected government and impose a strict form of Islamic law.