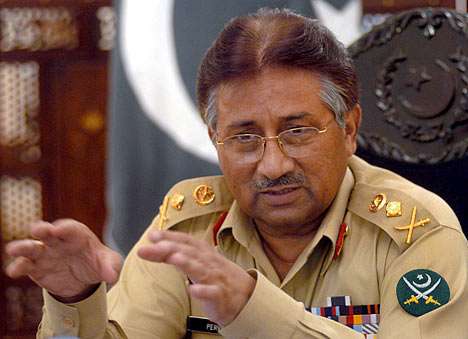 ISLAMABAD March 31 (Reuters) – A Pakistani court charged former president Pervez Musharraf with five counts of treason on Monday and he pleaded not guilty, in the latest chapter of a long-running drama between the country’s increasingly assertive judiciary and its former military ruler.

Musharraf faces the death penalty if convicted of the charges over his suspension of the constitution and imposition of emergency rule in 2007, when he was trying to extend his rule as president.

Musharraf stood ramrod straight and replied “Not guilty” to each charge. Later his lawyer asked the court’s permission for Musharraf to visit his sick mother in Dubai. The former military ruler is currently under house arrest.