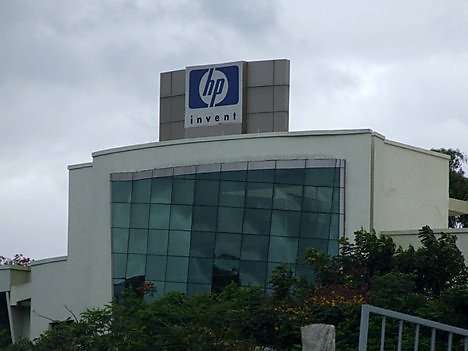 HP MAY CUT UP TO 16,000 MORE JOBS AS RESULTS DISAPPOINT

HP MAY CUT UP TO 16,000 MORE JOBS AS RESULTS DISAPPOINT

SAN FRANCISCO, May 22 (Reuters) – Hewlett-Packard Co  HPQ.N plans to cut as many as 16,000 more jobs in a major ramp-up of CEO Meg Whitman’s years-long effort to turn around the personal computer maker and relieve pressure on its profit margins.

Whitman said the turnaround remained on track and her raised target reflected how HP continued to find areas to streamline across its broad portfolio, which encompasses computing, networking, storage and software. But some analysts wondered whether it signaled a worsening outlook for the coming year, or if more jobs may be cut.

“The rationale makes sense,” said RBC analyst Amit Daryanani. But “you do worry if there’s a finality to this process, or if it’s an ongoing thing that may affect morale at the end of the day. So far the trend has been worrisome.”

HP, whose sprawling global operations employ more than 250,000, estimated about three years ago when it first hatched its sweeping overhaul that it would need to shed 27,000 jobs. That number rose to 34,000 last year.

On Thursday, it estimated another 11,000 to 16,000 more jobs needed to go, scattered across different countries and business areas. That took the grand total under Whitman’s restructuring to 50,000.

The Silicon Valley company is trying to reduce its reliance on PCs and move toward computing equipment and networking gear for enterprises, part of Whitman’s effort to curtail revenue declines and return the world’s No. 1 PC maker to growth.

But that goal remains elusive. The company posted a disappointing 1 percent drop in quarterly revenue, as it struggled to maintain its grip on the shrinking personal computer market and weak corporate tech spending.

Shares in HP closed down 2.3 percent at $31.78, after the company inadvertently posted the results on its website more than half an hour before the closing bell.

Research jobs, which are vital for innovation and long-term growth, will continue to grow, Whitman stressed.

HP is looking to cut back more in “areas not central to customer-facing and innovation agendas,” she said in an interview, rather than areas like research. “That’s not what we’re doing here. You need to look at the R&D spending, which is up.”

Whitman said China remained a challenging region, though revenue from that country rose in the quarter. U.S. companies like International Business Machines Corp  IBM.N and Cisco Systems Inc  CSCO.O have blamed recent lackluster performances on a backlash against American companies in China, in the wake of U.S. spying allegations.

It reported non-GAAP diluted net earnings of 88 cents a share in the second quarter, up 1 percent from a year earlier and about level with what analysts, on average, had expected.