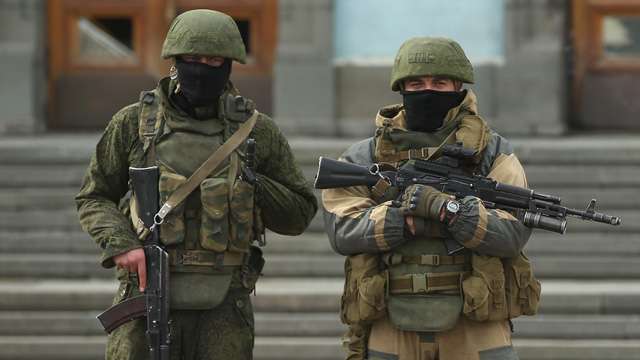 RUSSIA’S PUTIN ORDERS TROOPS IN MILITARY EXERCISE BACK TO BASE

RUSSIA’S PUTIN ORDERS TROOPS IN MILITARY EXERCISE BACK TO BASE

MOSCOW, March 4 (Reuters) – President Vladimir Putin has ordered troops that took part in military exercises in central and westernRussia to return to base after completing their training, Russian news agencies quoted the Kremlin spokesman as saying on Tuesday.

Moscow had denied that the exercises, which began last week, had anything to do with events in Ukraine, where Putin has said he has the right to deploy troops to protect Russian compatriots.

The exercises ended on schedule.

The Russian leader watched the final day of the exercises on Monday, showing no sign of concern at warnings from western powers that Russia could face sanctions for taking control of Ukraine’s southern Crimea region.

“The supreme commander of the armed forces of the Russian Federation, Vladimir Putin, gave the order for the troops and units, taking part in the military exercises, to return to their bases,” Kremlin spokesman Dmitry Peskov was quoted as saying.

Peskov said the exercises had been a success.

There was no word on movement of Russian forces in Crimea.