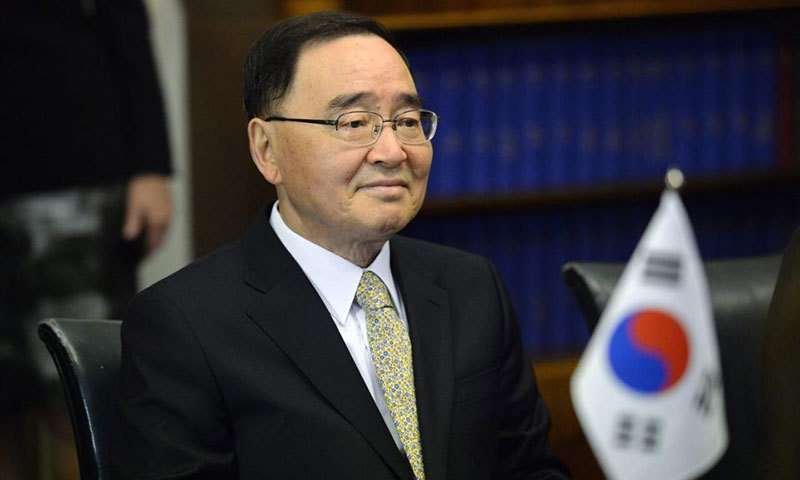 ISLAMABAD: Prime Minister of the Republic of Korea, Mr. Chung Hongwon, is scheduled to visit Pakistan from Sunday, April 13, on a four-day official visit to the country.

This will be the first visit to Pakistan by a prime minister of the Republic of Korea since the establishment of diplomatic relations in 1983, foreign office spokesperson Tasneem Aslam told Dawn.com.

During the visit, Mr. Chung Hongwon will call on the president and prime minister of Pakistan on Monday.

The South Korean leader will speak on Monday at the Korea-Pakistan Investment Cooperation Forum in Islamabad jointly organised by the Pakistani Board of Investment and Korea Trade-Investment Promotion Agency (KOTRA) where he would highlight the potential of trade between the two countries.

Relations between Pakistan and the Republic of Korea have broadened in various fields over the years.

The foreign office spokesperson said the bilateral trade figure of US $1.341 billion shows the growth of economic and trade ties between the two countries.

She said both Pakistan and Korea enjoy excellent trade and commercial ties and several Korean companies are investing in Pakistan in the areas of chemical industry, hydel and thermal power and infrastructure projects.

There is also a significant Pakistani labor class working in various cities of South Korea.

“This visit offers opportunities to both countries to exchange views on wide ranging bilateral, regional and international matters of mutual interest.

“The two sides will also discuss ways and means for further strengthening cooperation in diverse areas, particularly in expanding bilateral trade and enhancing investment in Pakistan,” the spokesperson added.