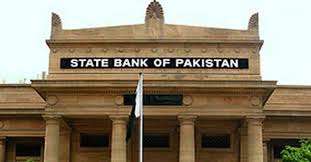 Pakistan was one of the first countries to introduce Islamic banking at a national level in the 1970s, but the industry has developed slowly partly because of consumer scepticism over its authenticity, an issue which regulators now seem keen to tackle.

The central bank is rolling out a five-year plan to promote Islamic finance through proposed legislative changes, product incentives and instructions to market participants. (Full Story)

The new governance rules describe the roles and responsibilities of Islamic banks’ managements and their sharia scholars, who rule on whether activities and products at the banks follow religious principles.

To serve on a bank’s sharia board, scholars must meet elegibility criteria set by the central bank and serve three-year terms which are renewable. They can work at a maximum of three Islamic banks in Pakistan at any one time.

Sharia board decisions are binding on the managements of Islamic banks, while any disputes are to be referred to the central bank’s own sharia board for resolution.

An external sharia audit of bank activities is required annually, together with a report which must follow a format defined in consultation with the Institute of Chartered Accountants of Pakistan.