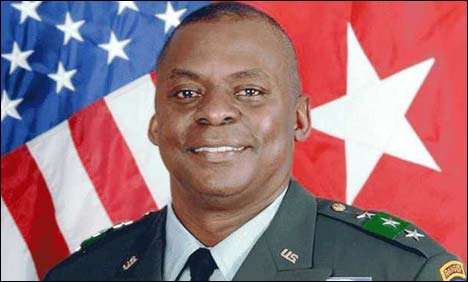 ISLAMABAD, May 02, 2014 (Xinhua via COMTEX News Network) — Commander of U.S. Central Command (CENTCOM) General Lloyd Austin wrapped up his two-day visit to Pakistan on Friday and “reaffirmed the importance of the U.S.- Pakistan relationship to regional stability,” the U.S. embassy in Islamabad said.

This was General Austin’s fourth visit to Pakistan since he took the post in 2013.

American officials have increased visits to Pakistan in recent days for consultations on security issues with special focus on Afghanistan as the U.S. and NATO forces are devising exit strategy and the U.S. seeks Pakistan’s land route for withdrawal of heavy machinery.

“General Austin was grateful for the opportunity to continue dialogue with his Pakistani counterparts and reaffirmed the importance of the U.S.-Pakistan relationship to regional stability, ” a U.S. embassy statement said.

He held a series of meetings with senior Pakistani leaders and discussed a wide range of common security issues with Secretary of Defense Lt. Gen (Retired) Asif Yasin Malik, Chairman of the Joint Chiefs of Staff Committee General Rashad Mahmood, Chief of Army Staff General Raheel Sharif, along with other senior military officials.

The CENTCOM commander, who came just days after the visit of the U.S. special envoy, James Dobbins, also reviewed bilateral military-to-military cooperation during his stay in Pakistan.

The Pakistani army’s Inter-Services Public Relations said that the U.S. commander and the army chief discussed matters of mutual interest with special emphasis on regional security.

Discussions between Pakistan and U.S. over security assistance have centered around enhancing the capacity of Pakistani troops specifically in the areas of counter-improvised explosive device capability, battlefield communications, night vision and border security