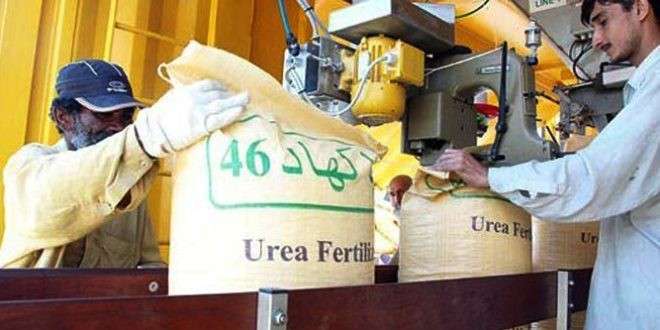 The Managing Director apprised the Finance Minister of the critical role being played by the Fauji Fertilizer Company in meeting country’s fertilizer requirements domestically. He underlined that the significant growth of 28% in production during the first six months of the current fiscal year, was possible only because of the improved availability of gas to the fertilizer plants. The MD requested the Finance Minister that there is still considerable capacity available in the industry which could be brought on stream by further improvement in the gas supply.

The MD Fauji Fertilizer also underlined that in accordance with the decision taken in the meeting chaired by Senator Mohammad Ishaq Dar, the Federal Minister for Finance on January 10, 2014,  it was decided that the price of fertilizer will be set at Rs.1786 per bag by the company and this has been strictly observed ever since. He said that with the addition of Rs.40 for dealers’ margin, the market price should be 1826 and FFC has undertaken an awareness campaign for farmers not to pay anything beyond Rs.1826 per bag.

The Finance Minister appreciated the contribution of the FFC in this regard and assured that the government is taking additional measures to improve gas supplies for the fertilizer sector. He acknowledged the positive role played by FFC in stabilizing the price of Rs.1826 per bag during a meeting with industry representatives.  The Finance Minister said that the PML-N government would ensure that the prices of agricultural inputs for the farmers remain stable in line with the manifesto of the PML-N. He emphasized that the farmers should get benefit of their hard work. The Finance Minister expressed his concern on the reports that fertilizer, at some places, is being sold at prices higher than those fixed by the companies as per the decision of the meeting on January 10, 2014. He remarked that he will soon write to all the Chief Ministers of the provinces urging them to alert provincial authorities to ensure that dealers will not charge anything beyond the company fixed price.

The Finance Minister thanked the MD FFC and other fertilizer companies for their understanding and cooperation. He assured them of all the support as part of government’s policy to support business, trade and industry in the country.

The meeting was also attended by Federal Secretaries of Finance, Petroleum and Natural Resources, Advisor on Finance and senior government officials.