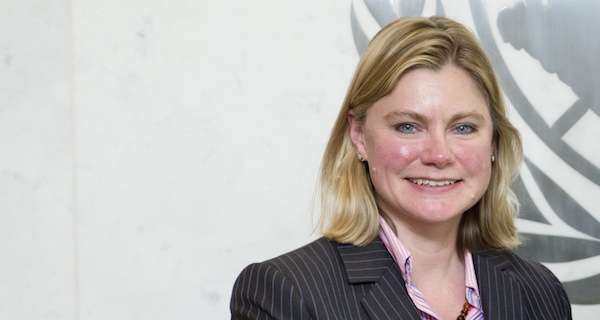 Federal Minister for Finance Senator Mohammad Ishaq Dar held a very productive meeting with Ms. Justine Greening, British Secretary of State for International Development in World Bank, at Washington DC today. Ms. Greening expressed her pleasure on the overall progress Pakistan is making particularly in the taxation sector. She referred to her meeting with the British Secretary of Treasury who held a very positive meeting recently with Pakistani tax authorities in London. She said that the breadth of work that HMRC wants to do with Pakistan is very broad in terms of setting a potential mode for British Treasury Department’s initiative of working with external consultants and officials.

The Finance Minister expressed his gratitude for the British offer saying that it will certainly boost the confidence of investors. He said that on his return to Pakistan he will call a meeting of the tax collectors for yielding better results in tax reforms. He informed the Secretary that tax revenue has increased to 17% while exports have witnessed an increase of 6% this year. He added that the trade deficit has been reduced satisfactorily and we still have to unleash elimination of SROs for which the support from the Secretary is commendable.

The Secretary while highlighting the HMRC work on Pakistan said that it was a learning experience for UK and demonstrates the systematic approach the present democratic government is taking to secure public finance. The Finance Minister acquainted the Secretary about increased budgetary allocation for development expenditures, education sector, focus on social safety net projects and other significant reforms besides steps being taken by the government in curtailing the inflation to single digit, prospects of growth, poverty alleviation and governance reforms.

Mr. Dar said that on energy, Pakistan’s future roadmap as envisioned by the government is to shift from fuel based to non fuel based technology that includes super clean technology, bagasse and civilian nuclear technology. He said that plan is to add 8000-10000 MWs to the national grid for stimulation of GDP. With World Bank support we are working on Dasu Dam while Diamer Bhasha Dam and 19 flagship projects have also been envisioned during the next 4 years.

Finance Minister Dar said that countering internal as well as external blockades to reforms and targeting privatization are some of the priority areas on which the government is fully committed. To this end, the capital market transactions worth US $ 2 to 2.5 billion have been planned by the end of September 2014 and it includes OGDC and PPL.

Ms. Greening expressed her intention as well as determination to bring some of the potential British investors to Pakistan in September 2014 to have a clear and deep understanding of Pakistan’s capital market in terms of FDI. The Finance Minister, while highlighting the brighter prospects of the upcoming visit of Prime Minister Muhammad Nawaz Sharif to UK, expressed his desire for strengthening of economic cooperation between the two countries in future.