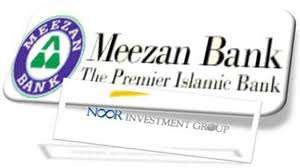 In May, Meezan received central bank approval to buy the local banking business of HSBCHSBA.L, as the European bank exits from countries where it is unprofitable or lacks scale. HSBC Bank Oman is 51 percent owned by HSBC.

In contrast, Pakistani lenders are expanding, buoyed by a government-wide push to develop the Islamic banking sector in the world’s second-most populous Muslim nation.

The statement did not give a price for the deal, which requires approval from Meezan’s board and final consent by the regulator.

There are five full-fledged Islamic banks in Pakistan as well as 14 Islamic windows, where conventional lenders offer Islamic financial services. Several are looking to grow or spin off existing operations while new entrants are also expected.