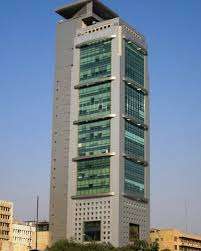 April 22 (Reuters) – Pakistan’s MCB Bank Ltd MCB.KAwill set up a wholly owned Islamic banking subsidiary while dropping plans to take a stake in Islamic lender Burj Bank, according to a filing with the Karachi stock exchange.

Last month, MCB started due diligence on taking a 55 percent stake in unlisted Burj, which held assets worth 53.3 billion rupees ($547 million) as of December, but it said it would not proceed for commercial reasons.

Those plans would have included an additional investment by the private-sector arm of Jeddah-based Islamic Development Bank ISDBA.UL, which already holds a 33.9 percent stake in Burj. (Full Story)

Bahrain’s Bank Alkhair is its largest shareholder, with a 37.9 percent stake in Burj, which it has classified as held-for-sale since June 2012.

Burj Bank is the smallest of five full-fledged Islamic banks in Pakistan with a network of 75 branches, while MCB operates the country’s sixth-largest Islamic window with 28 branches, which it established in 2003.

MCB had earlier said it would spin off its Islamic window into a separate subsidiary with 10 billion rupees in paid-up capital, using its existing Islamic banking branches to form the new entity.

As of December, Islamic banks held a 9.6 percent share of total banking assets in Pakistan, compared with around 25 percent in the Gulf Arab region. ($1 = 97.5250 Pakistani rupees)