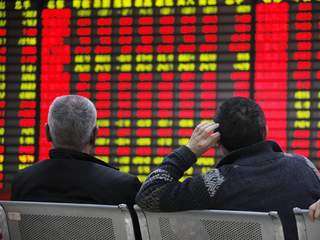 Futures on the Nasdaq 100 Index slipped 0.1 percent today after the Nasdaq Composite Index plunged 2.6 percent on April 4 amid concern that valuations on the world’s best-performing industry have advanced too far. The Bank of Japan, which reports on monetary policy tomorrow, may double purchases of exchange-traded funds in coming months as part of a second round of easing, analysts polled by Bloomberg say. Federal Reserve Bank of St. Louis President James Bullard will speak today after a lower-than-estimated U.S. payrolls number April 4. Elections get under way in India.

“Some parts of the high-tech space were looking bubbly and overvalued, so there’s some much needed profit-taking going on,” said Masaru Hamasaki, a senior strategist at Tokyo-based Sumitomo Mitsui Asset Management Co., which oversees about 11 trillion yen ($107 billion). “The rout won’t last long, especially considering the U.S. economic recovery is firm. There may be some change where the sell-off in overvalued shares leads to flows into undervalued sectors.”

Trading volume across Asia’s largest stock indexes was at least 14 percent below the 30-day average for the time of day, according to data compiled by Bloomberg.

The BOJ will boost its annual ETF purchases to 2 trillion yen ($19 billion), according to 36 analysts surveyed by Bloomberg News. The bank, which is forecast to leave its monetary-base target unchanged tomorrow at between 60 trillion yen and 70 trillion yen, may raise annual bond purchases by at least 10 trillion yen, with July the most favored time for a policy move.

Signs of inflation may deter policy makers from more ambitious plans, even as the economy slows amid this month’s sales-tax increase.

“The BOJ meeting is significant in that it’s the first to be held since they raised the consumption tax,” Sam Tuck, a senior currency strategist in Auckland at ANZ Bank New Zealand Ltd., said by phone today. “The market has an expectation for something. The general feeling from talking to people in the market is that if they’re going to do something imminently, this is the meeting to do it.”

Markets in Thailand and mainland China are closed for a holiday today.

The ringgit appreciated to 3.2640 per dollar in a second day of gains. Global funds held 29 percent of Malaysian government bonds excluding bills in February, compared with 16.6 percent of Thailand debt, according to the latest available data.

Indonesia’s rupiah climbed 0.3 percent to 11,284 per dollar, heading for the highest closing level since Oct. 31.

Zinc climbed for a fourth day, trading at $2,011 a metric ton after the biggest weekly advance for canceled warrants on the London Metal Exchange since March 2013. Lead advanced for a second day to $2,060.50 a ton.

Copper fell a third day on speculation that global demand will slow in the U.S. and China, the world’s two biggest users, amid increasing mine supplies. The contract for delivery in three months on the LME retreated as much as 0.6 percent to $6,577.50 a ton, the lowest since March 28.