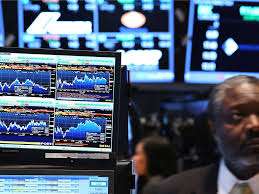 Asian stocks rose, with the regional benchmark index on course for its first gain in five days, after Turkey’s central bank more than doubled interest rates to arrest a currency slide that roiled global markets.

Honda Motor Co., which gets 83 percent of its car sales outsideJapan, gained 2.3 percent as the yen weakened against the dollar. Atlas Iron Ltd. (AGO) climbed 8.4 percent in Sydney after the producer of the metal used to make steel raised its shipment target. Advantest Corp., a maker of electronic measuring instruments, sank 5.7 percent in Tokyo after widening its full-year net loss forecast.

The MSCI Asia Pacific Index advanced 1.4 percent to 136.11 as of 1:09 p.m. in Tokyo, with all 10 industry groups in the measure rising. The gauge is heading for its biggest monthly slump since May 2013 as part of a global equities rout sparked by weaker-than-expected economic data from Chinaand a sell-off in emerging-market currencies. Turkey’s lira jumped against the dollar today after the central bank raised rates. Federal Reserve policy makers end a two-day meeting today.

“Turkey’s move will probably help stabilize things,” Mark Lister, head of private wealth research at Craigs Investment Partners Ltd. in Wellington, said by phone. “Sentiment will probably remain negative and slightly cautious on some of these emerging markets over the next couple of months as the Fed tapers stimulus. Given that there’s a bit of disappointment with recent earnings, things could weaken off a little bit this year.”

Of the 95 companies on the MSCI Asia Pacific Index that have reported earnings since the beginning of January and for which estimates are available, 58 percent missed analyst estimates, according to data compiled by Bloomberg. About 129 firms on the gauge are due to announce results this week.

Shares on the MSCI Asia Pacific Index traded at 12.7 times estimated earnings yesterday compared with a multiple of 15.2 for the Standard & Poor’s 500 Index and 13.7 for the Stoxx Europe 600 Index, according to data compiled by Bloomberg.

The Conference Board’s index of U.S. consumer confidence rose to 80.7 in January from a revised 77.5 in December, the New York-based private research group said. The median forecast in a Bloomberg survey of economists called for a reading of 78.

Federal Reserve officials have been scrutinizing U.S. economic data to determine the timing and pace of reductions to asset purchases. The central bank, which concludes a two-day meeting today, decided at its December gathering to begin cutting its monthly bond buying by $10 billion to $75 billion.

Turkey’s central bank raised its repurchase rate to 10 percent from 4.5 percent and boosted other key borrowing costs at a late-night emergency meeting, sending the lira to its biggest jump since 2008 and leading gains against the greenback among 24 emerging-market currencies tracked by Bloomberg.

BlackRock Inc. said the move will help restore investor confidence after a rout in developing-nation currencies and a $1.87 trillion selloff in global stocks in the week through Jan. 27.

Among shares that dropped, Advantest sank 5.7 percent to 1,137 yen in Tokyo. The company predicted a wider full-year net loss of 35.9 billion yen, compared with its previous 2.5 billion