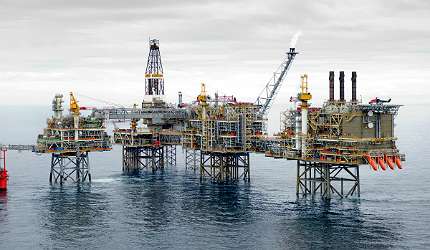 SINGAPORE, Feb 3 (Reuters) – Brent futures fell to a two-week low on Monday at $106 a barrel as weak factory data from China stoked demand growth worries, while a strong dollar and fresh violence in Iraq and Syria helped to stem the losses.

China’s factory growth eased to an expected six-month low in January, hurt by weaker local and foreign demand, and heightening worries of a wide slowdown across emerging markets. That weighed across most markets such as Asian shares and base metals as investors found a new reason to sell high-risk assets.

“Brent is suffering from the emerging market turmoil that is spreading across most markets,” said Tetsu Emori, a commodity fund manager at Astmax Investment. “But specific to Brent are supply disruption fears from Syria, Iraq and others. That is helping support prices.”

Both the contracts are poised to fall further in February as prices usually weaken during the month, Emori said. Brent may slip to as low as $103 a barrel and the U.S. benchmark to $92 during the month, he said.

“We could see prices touching the bottom for the year in February,” Emori said. “February will be an important month to start buying for the year.”

Yet a strong dollar helped put a floor under oil.

The dollar index held near a two-month high set late last month following robust U.S. economic data that reinforced views the world’s biggest economy has weathered the emerging markets turmoil. That would enable the Federal Reserve to keep reducing its stimulus, which would boost the greenback further.

A strong dollar weighs on commodities such as oil that are priced in the currency.

Investors were also watching the unfolding unrest in Iraq. The country’s army intensified its shelling of Falluja on Sunday in preparation for a ground assault to regain control of the city, which has been under the control of militants for a month.

Sunni Muslim anti-government fighters, among them insurgents linked to al Qaeda, overran Falluja in the western province of Anbar on Jan. 1, against a backdrop of deteriorating security across fast-growing oil exporter Iraq.

Crude exports from Iraq declined in January to an average of 2.23 million barrels per day (bpd) but should rise next month, Oil Minister Abdul Kareem Luaibi said on Saturday.

Luaibi attributed the drop from 2.34 million bpd in December to attacks on the pipeline carrying oil from the northern Kirkuk oilfields to Turkey, as well as disruption to shipping from Iraq’s southern ports due to bad weather.

In Syria, military helicopters dropped more improvised “barrel bombs” on the northern city of Aleppo, a monitoring group said, bringing the death toll to at least 83 people in the latest episode of a campaign that many consider a war crime.