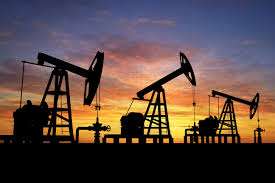 BRENT STEADY ABOVE $107; ALL EYES ON UKRAINE

BRENT STEADY ABOVE $107; ALL EYES ON UKRAINE

SINGAPORE, March 14 (Reuters) – Brent crude held steady above $107 a barrel on Friday, on track for a third weekly loss amid worries over Chinese economic growth and rising U.S. stockpiles, although heightened tension in Ukraine is causing renewed worry over Russian oil supplies.

Russia launched new military exercises near its border with Ukraine, showing no sign of backing down on plans to annex its neighbour’s Crimea region despite a stronger than expected drive for sanctions from the EU and United States. (Full Story)

The conflict has provided support for global oil markets in recent weeks as traders worry it could lead to a disruption of oil supplies from Russia, the world’s biggest oil producer.

“Rising tension in Ukraine is the most important event for oil markets in the short term,” said Michael McCarthy, chief strategist at CMC Markets in Sydney.

In an unusually robust and emotional speech in response to the crisis and a referendum on Crimea joining Russia planned for Sunday, German Chancellor Angela Merkel warned of “catastrophe” unless Russia changes course.

“I see this as a binary risk, meaning it ends either all good or all bad,” said McCarthy. “A peaceful resolution would remove some of the premium that Brent has over West Texas Intermediate. But the short term direction is very hard to pick.”

Signs of slowing Chinese economic growth raised concerns over oil demand in the world’s second largest consumer of oil this week. However, solid U.S. retail sales and labour market data Thursday raised optimism about the economy, and also reinforced expectations that the U.S. Federal Reserve will stick to its plan of gradually withdrawing its asset-buying stimulus. (Full Story) (Full Story)

Still, U.S. crude has lost 4.3 percent for the week, its steepest fall since early January, after the U.S. government surprised markets on Wednesday by announcing a test release from its strategic petroleum reserve. (Full Story)

The United States offered a modest 5 million barrels in what some observers saw as a message from the Obama administration to Russia, whose intervention in Ukraine may disrupt oil supplies from the major producer.

A steep rise in U.S. oil stockpiles also weighed on the contract, but it could find support from warnings that stagnating production in North Dakota caused by severe winter weather could extend into April. (Full Story)

Output from the booming Bakken and Three Forks shale region fell by about 5,000 barrels-per-day (bpd) to around 935,000 bpd in January, Department of Mineral Resources data showed. Output in December had dropped by 55,000 bpd from the month before, the biggest drop since the shale boom began.

Daily output from 12 of the main British and Norwegian crude streams in the North Sea as tracked by Reuters is set to fall by almost 2 percent in April from March. But traders said the fall probably would not be enough to support prices as many refineries will be under maintenance. (Full Story)