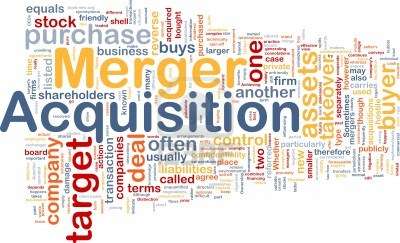 March 5 (Reuters) – The following bids, mergers, acquisitions and disposals were reported by 2100 GMT on Wednesday:

** Morgan Stanley MS.N is weighing the sale of its private bank in Switzerland, which manages roughly 10 billion Swiss francs ($11.28 billion) in assets, a source close to the matter told Reuters. The U.S. bank is looking at several options, one of which is an outright sale, the person said. (Full Story)

** The British government is close to appointing investment bank UBS AG UBSN.VX to advise on the possible sale of its 40 percent stake in Eurostar, the fast speed train that links Britain to Europe, four sources told Reuters.

The stake could fetch around 300 million pounds ($500 million) according to the sources, who are familiar with the situation. (Full Story)

** Norway’s third-largest mobile operator, Tele2 TEL2b.ST, has hired investment bank ABG Sundal Collier to review its options in Norway, including selling its operations there, after it lost a December auction for a mobile spectrum key for the development of its Norwegian network. (Full Story)

** The founder of online gaming technology company Playtech PTEC.L is set to bank around 326 million pounds after ramping up the size of a share sale to over 15 percent, the company said. (Full Story)

** Hungary’s state-owned energy group MVM plans to buy all or part of E.ON’s EONGn.DE Hungarian gas distribution and utility business as part of the government’s drive to increase its grip over the energy sector. (Full Story)

** Pakistan Telecommunication Co’s PTCA.KA bid for rival Warid Telecom, which would have created Pakistan’s largest mobile operator, has failed after the two groups could not agree a price. (Full Story)