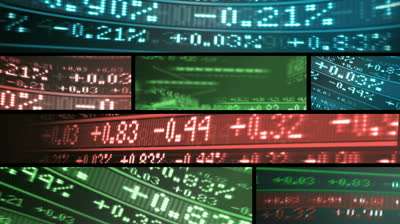 TOKYO, April 9 (Reuters) – Asian shares rose in early trade on Wednesday after Wall Street reversed a three-day losing streak, but Japanese stocks dropped sharply after the yen surged on fading hopes of near-term stimulus from the Bank of Japan.

Japanese stocks, on the other hand, had a tough day on the back of the stronger yen which erodes exporters’ competitiveness and their earnings when repatriated. The Nikkei  .N225 dropped 1.8 percent.

The yen experienced its strongest one-day gain in four weeks against both the dollar and the euro on Tuesday, according to Reuters data.

The rush to buy the Japanese currency came after BOJ Governor Haruhiko Kuroda offered few signs the central bank was ready to launch additional stimulus in the short term. He also expressed confidence the economy can ride out the impact of a sales tax rise. (Full Story)

Kuroda’s confidence will be tested in coming months, with any sign the sales tax hike is undermining the recent recovery in consumer prices likely to build up hope for further BOJ easing.

“We haven’t changed our view. We still think the BOJ will have to ease more, and that inflation will be short of its target by the year-end,” said Marcel Thieliant, Japan economist at Capital Economics in Singapore, who expects the central bank to ease in October.

“Obviously Governor Kuroda sounded optimistic about the impact of the consumption tax hike, so for now imminent easing is certainly not on the cards,” he said.

A drop in U.S. Treasury yields on Tuesday also dampened the dollar’s appeal. Safe-haven Treasuries have enjoyed support after Friday’s U.S. non-farm payroll data failed to live up to lofty expectations, prompting markets to re-evaluate their views on when the Federal Reserve would begin raising rates.

The dollar index  .DXY, which measures the dollar against a basket of six major currencies, was little changed at 79.80 and near lows last seen on March 19.

The British pound’s strong run has been a focus in currency markets in recent sessions.

“While the strength of the yen has likely caught many participants wrong-footed and runs counter to the underlying theme favouring carry strategies and risk assets, it may be the pound that is the most surprising,” currency strategists at Brown Brothers Harriman wrote in a note to clients.

Sterling stood at $1.6746  GBP= not far from a one-month peak of $1.6755 hit during a Tuesday rally after data showed UK industrial output rose much faster than forecast in February, which helped stir expectations for the Bank of England to raise rates ahead of its peers.

In the commodities markets, gold traded near a two-week high after rising 1 percent on Tuesday thanks to the sharply lower dollar and renewed tensions in Ukraine.

The fresh unrest in eastern Ukraine also provided some support for oil by fuelling fears that tensions between Moscow and Western powers may disrupt supply from Russia, one of the world’s top oil exporters.

Brent  LCOc1 stood little changed at $107.71 a barrel, holding most of the gains made when it surged 1.7 percent on Tuesday. O/R

London copper hovered near one-week highs on Wednesday, underpinned by a weaker dollar and expectations that demand from top-consumer China would modestly improve in the seasonally strong second quarter.