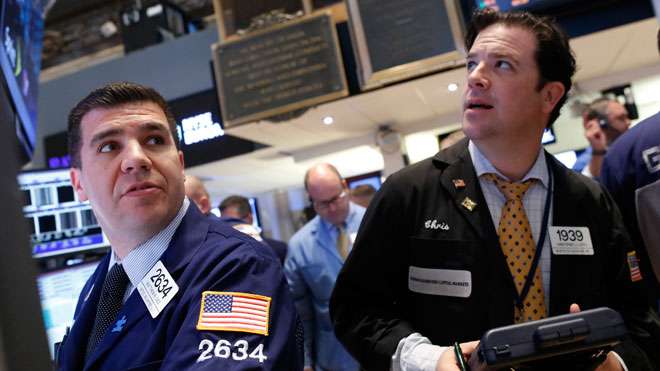 TOKYO, April 22 (Reuters) – Extended weakness in Chinese shares, driven by worries over liquidity and earnings, put a brake on other Asian stock markets on Tuesday despite Wall Street stocks rallying into a fifth session.

Although Japan’s Nikkei share average  .N225 held onto marginal gains and was up 0.3 percent, MSCI’s broadest index of Asia-Pacific shares outside Japan  .MIAPJ0000PUS was almost flat, while trading not far from a six-month high hit earlier this month.

The China Enterprises Index  .HSCE of the leading offshore Chinese listings in Hong Kong fell 1 percent to its lowest in nearly four weeks. That subdued other Asian markets, forcing investors to look past the longest winning streak since October in the S&P 500 index  .SPX.

“Today is going to be a bit weak,” said Du Changchun, an analyst at Northeast Securities in Shanghai. “I’m not so optimistic, I don’t think there’s much space for any increases as we’re still in a period of adjustment.”

The Shanghai Composite Index  .SSEC was almost flat around 2,063.5 points on Tuesday, after having shed 1.5 percent the previous day.

Chinese stocks have been hit by concerns about a potential share oversupply after the securities regulator released draft prospectuses for 28 new firms planning to list, marking the resumption of IPOs after a two-month hiatus.

Meanwhile, investors continued to see tensions in Ukraine as a threat to risk appetite, even though those seemed to be having less of an impact on safe-haven currencies such as the Japanese yen and other markets this week.

“I don’t think this will lead to a military conflict. Nonetheless, towards the presidential election in Ukraine (planned for May 25), more tensions are likely and there will be phases where share prices will be hit,” said Soichiro Monji, chief strategist at Daiwa SB Investments in Tokyo.

Following a gunfight that killed at least three on Sunday, Washington and Moscow each continued to put the onus on the other to ensure tensions are eased.

Washington threatened to impose additional sanctions against Russia “in days” if Russia does not implement an agreement struck last week. (Full Story)

In the currency market, the yen stood near a two-week low against the dollar, smarting from Japanese trade data on Monday showing soft exports in March and a record trade deficit in the fiscal year that ended in that month.

The euro traded at $1.3793  EUR=, also near its lowest level in almost two weeks, after European Central Bank officials expressed concern that a strengthening currency could damage the euro zone’s nascent recovery.

The offshore yuan  CNH= hit a fresh 14-month low of 6.2335 to the dollar on worries over a slowing Chinese economy and following Beijing’s clamp-down on one-direction bets on the yuan’s gains since February.