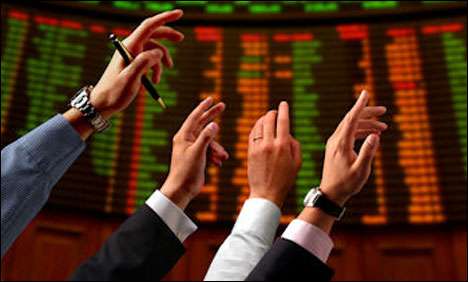 SYDNEY, April 2 (Reuters) – Asian share markets added to their recent rally on Wednesday as investors chose to accentuate the positive in a mixed bag of global economic data, pressuring the safe haven yen to a 10-week trough.

Even sluggishness in China is now considered favourably since it adds to the case for stimulus, and there are signs Beijing is hastening infrastructure spending in response.

Trading was cautious, however, ahead of Thursday’s meeting of the European Central Bank and Friday’s U.S. jobs numbers, both of which could move markets in major ways.

The Nikkei  .N225 outperformed thanks to the drop in the yen and climbed 1.3 percent.

The U.S. economic news was generally supportive of risk appetite. The manufacturing ISM climbed to 53.7 in March, from 53.2, with production showing a marked expansion from weather-induced weakness in February.

Likewise, new vehicles sales rose to a surprisingly brisk 16.4 million annualised in March, ending three months of softness and supporting the view that demand is recovering now that the worst of the winter weather has passed.

The arrival of Spring is also why the market is wagering the U.S. payrolls report on Friday will show employment picked up to 200,000 in March.  ECONUS (Full Story)

The brighter tone in the data pressured the long-end of the U.S. Treasury curve, where yields on 10-year paper rose 2 basis points to the highest in a week at 2.77 percent  US10YT=RR.

Shorter-dated debt fared better in the wake of Federal Reserve Chair Janet Yellen’s comment that extraordinary stimulus would be needed for some time to come.

WILL THEY, WON’T THEY?

Investors have also been speculating that the European Central Bank would soon take further steps to loosen policy, though officials are blowing hot and cold on the issue.

On Tuesday, ECB vice-president Vitor Constancio told a news conference that low inflation was a concern and could drag on economic growth. Euro zone inflation slowed to an annual 0.5 percent in March, its lowest since November 2009.

But Constancio then went on to deny any risk of deflation, saying inflation was set to pick up. That was taken as diminishing the chance of an easing at the ECB’s policy meeting on Thursday and gave the euro a modest lift.

Among commodities, Brent crude  LCOc1 was quoted 16 cents lower at $105.46 a barrel having shed over 2 percent overnight on the possibility of a jump in supplies from Libya after rebels blocking eastern oil ports hinted at a deal with Tripoli.

U.S. crude  CLc1 was off 7 cents at $99.67 a barrel in early trade, after also losing around 2 percent to expectations for a build in domestic inventories.