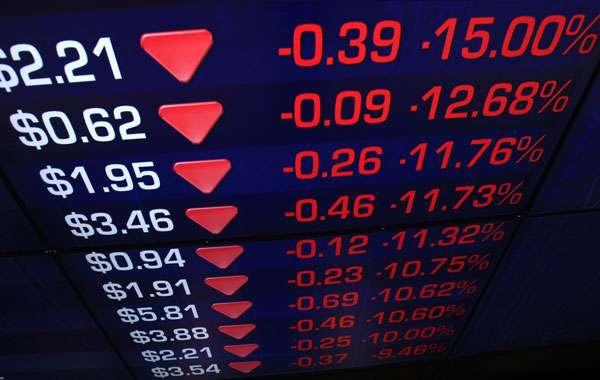 TOKYO, May 2 (Reuters) – Asian shares edged up amid expectations for an upbeat U.S. payrolls report later in the session, while the markets kept an eye on the Ukraine after reports of fresh violence there that could potentially dampen risk appetite.

Pro-Russian separatists in Slaviansk in eastern Ukraine said on Friday Ukrainian forces had launched a “large-scale operation” to retake the town.

Asian markets showed little immediate reaction to the reports, but they could have greater implications for European markets opening later in the session. (Full Story)

MSCI’s broadest index of Asia-Pacific shares outside Japan  .MIAPJ0000PUS was up 0.4 percent, just below its intraday high. China’s markets are closed on Friday.

“The markets are concerned about what is going on in Ukraine. But at the moment, few think this will develop into a major geopolitical clash. Because both Russia and the U.S. don’t want to be seen as weak confrontation will continue, but likely in the form of psychological warfare,” said Kyoya Okazawa, head of global equities and commodity derivatives at BNP Paribas in Tokyo.

On the macroeconomic front, market focus is squarely on whether the U.S. April jobs report, which a Reuters survey of economists forecast to show employment rising at its fastest rate in five months, would be strong enough to decisively tilt sentiment towards the U.S. economy. (Full Story)

U.S. economic indicators have been a mixed batch so far this week, with first quarter GDP and construction spending falling short of expectations while consumer spending recorded its largest gain in more than 4-1/2 years in March and factory activity accelerated last month.

U.S. Treasuries rallied on Thursday, focusing more on weaker data that helped build expectations the Fed would be kept from raising short-term rates before second-half 2015 and perhaps even lead it to pause stimulus tapering.

The 10-year U.S. Treasury note yield fell to a two-month low on Thursday, removing support for the dollar.

“After the weak GDP print, a strong non-farm payroll is unlikely to alter Fed rhetoric – therefore risk (equities and emerging markets) should rally, specifically in countries tied to the United States via trade,” currency strategists at CitiFX wrote in a note to clients.

Tokyo’s Nikkei stock average  .N225 bucked the trend, slipping 0.3 percent amid profit-taking before a succession of holidays. The Tokyo markets will be closed on Monday and Tuesday for public holidays.

Concerns about slowing growth has depressed the Nikkei this year, which has underperformed many major markets after a record-breaking rally of over 50 percent in 2013 thanks to Tokyo’s aggressive stimulus policies. .T

Dwindling expectations of fresh stimulus by the Bank of Japan have also weighed on sentiment, as Governor Haruhiko Kuroda has repeatedly insisted in recent weeks that the economy can weather the impact of the sales tax hike that took effect last month.

The dollar stood little changed at 102.36 yen  JPY= after posting a modest gain against the Japanese currency on Thursday. The euro was also flat, trading at $1.3861  EUR=.

Sterling was at $1.6884  GBP=, hovering near a five-year high of $1.6921 hit on Thursday after robust manufacturing data bolstered optimism in the British economy.

London copper dipped and was on track to log its biggest weekly loss in seven weeks, weighed by the Fed’s decision this week to continue tapering of its stimulus, which had provided the commodity markets with liquidity.

Three-month copper on the London Metal Exchange  CMCU3 edged down 0.2 percent to $6,629.25 a tonne. Copper prices have dropped about 1.9 percent this week