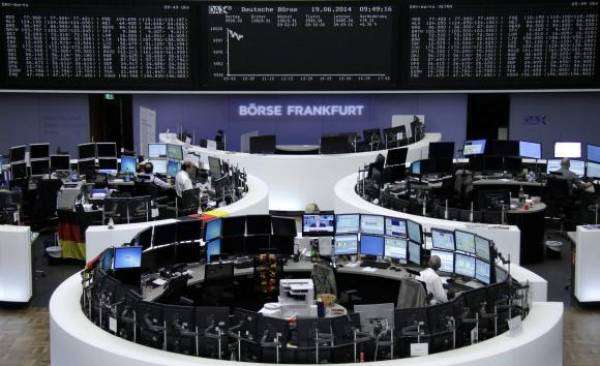 SYDNEY, Dec 31 (Reuters) – Chinese stocks were celebrating their best year in five on Wednesday while markets elsewhere in Asia were ending 2014 on a cautionary note as worries about Greece’s future in the euro zone served as an excuse to take profits on crowded trades.

The U.S. dollar lost a little of its recent gains, but the euro got no respite as European bonds yields scored all-time lows following a shockingly sharp fall in Spanish inflation.

The stand-out global equity performer was China, where the CSI300 index  .CSI300 of the largest listed companies in Shanghai and Shenzhen looked set to end 2014 with gains of nearly 50 percent, the biggest among the world’s major markets.

Almost all of China’s rise came in the last couple of months, as hopes for more aggressive policy stimulus to counter its economic slowdown boosted banks and brokerages.

Trade elsewhere was thinned by holidays in Japan, Thailand, South Korea and the Philippines, while many markets in Europe are either shut or finish early on Wednesday.

Australia  .AXJO and Singapore  .FTSTI were all but flat for the day. MSCI’s broadest index of Asia-Pacific shares outside Japan  .MIAPJ0000PUSedged up 0.2 percent but was still ending the year almost exactly where it started.

The Nikkei  .N225 fared better with a rise of 7.1 percent for the year, thanks chiefly to the Bank of Japan’s extraordinary campaign of asset buying which lowered the yen while fattening exporters’ profit margins.

Asia’s worst performer in 2014 was South Korea, where the KOSPI  .KS11 lost 4.8 percent for the year, partly on fears that the sliding yen would give Japanese exporters a greater competitive advantage over their Asian rivals.

Among the scraps of news in Asia was a final measure of December Chinese manufacturing from HSBC. Activity shrank for the first time in seven months but was little changed from a preliminary reading and only reinforced expectations that Beijing will have to roll out more economic support measures in coming months. (Full Story)

In currencies, the dollar was on track to end 2014 with a gain of 12 percent against a basket of major currencies  .DXY, its best performance since 2005, and anticipated U.S. interest rake hikes may strengthen its appeal in the new year.

The euro was undermined by sliding European yields amid intense speculation the European Central Bank will have to start buying government bonds to avert deflation.

Data out on Tuesday showed Spanish consumer prices fell in December at their fastest rate since July 2009, largely as a result of cheaper oil.

The steep decline made it more likely that inflation for the entire euro zone while slip into negative territory when the data are released on Jan. 7, far below the ECB’s target of just under 2 percent.