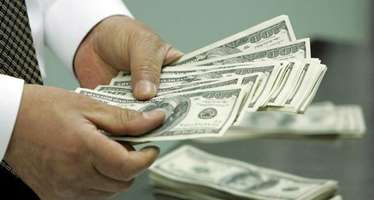 KARACHI, Jan 2 (APP): The total liquid foreign reserves of the country stood at $ 8.52104 billion, said State Bank of Pakistan (SBP). SBP’s statement here on Thursday said that the foreign reserves held by State Bank amounted dollars 3.65703 billion and the net foreign reserves held by banks other than SBP were dollars 4.86401 billion. During the week ending December 27, 2013, State Bank’s liquid foreign reserves increased by $ 464 million to $ 3,657 million compared to $ 3,193 million in the previous week. The increase in the Central Bank’s reserves is mainly attributed to $ 558 million inflows from multilateral and bilateral sources which include $ 554 million inflow received under Extended Financing Facility from International Monetary Fund (IMF) and $ 4 million accounted for receipts from other multilateral institutions. On account of external debt servicing and other official payments, SBP has made payments of $ 169 million, of which $ 147 million was paid to International Monetary Fund (IMF).