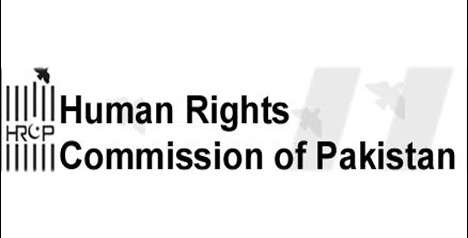 QUETTA: Zohra Yusuf, the chairperson of the Human Rights Commission of Pakistan (HRCP), has said that Balochistan has been made a fertile place for armed religious extremists under a plan and as a result about 300,000 Shias, Zikris, and Hindus have migrated to other areas of the country.

Addressing a press conference here on Sunday, she expressed concern over the migration of Shias, Zikris, settlers and Hindus due to lack of security in Balochistan.

She said strengthening of religious extremists had caused the migration of innocent citizens but the real objective was to weaken the Baloch nationalist militants.

The HRCP chief said law and order situation in the province had improved to some extent under the present government but the dumping of mutilated bodies, especially in Turbat and Panjgur, had affected the performance of the administration.

She said the issue of missing persons was very serious and sensitive and the commission had been working on it from the first day. However, the affected families could not be satisfied by verbal assurances only and the government was responsible to trace the missing people as soon as possible.

Ms Yusuf expressed dismay over the shabby education and health facilities and poor economic conditions in the province and said lack of progress in the social sectors had resulted in a dearth of employment opportunities for the youths.

She said local bodies’ elections had been held in Balochistan but the people had not benefited because the chosen representatives were yet to take oath and begin discharging their responsibilities.

The HRCP chairperson said the security forces were still interfering in civilian affairs and the thinking of the army on Balochistan’s issues had not changed.

She said there was no harm in holding negotiations with the separatists to take the province out of the existing crises.

She said 40 media personnel had fallen victim to targeted killings in Balochistan during the past few years but not a single killer had been arrested.

Mr Yusuf said reduction in the number of Frontier Corps checkpoints in Quetta and a decrease in incidents of acid attacks on women here and in Mastung as well street crimes were good signs.

She said the commission had submitted its recommendation on the Balochistan issues to the federal and provincial governments but they had not been implemented.

Answering a question, former HRCP chief Asma Jahangir said Pakistan Tehreek-i-Insaf chairman Imran Khan had levelled allegations against former chief justice of Pakistan Iftikhar Muhammad Chaudhry but had backed out from his statement when he was summoned in the court, proving that he lacked courage to speak the “truth” before the incumbent authority.

It was not a good practice to level allegations against a retired person, she added