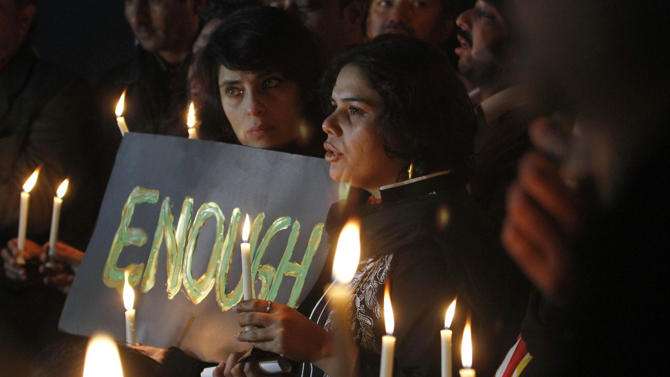 Tuesday’s terrorist attack in Peshawar has plunged Pakistan into deep mourning. Never has the country seen the kind of callous orchestration of an attack as witnessed yesterday – one whose target was defenceless children in a school; with some of them bade farewell to their families for the last time, without knowing what lay ahead.

The government has announced a three-day mourning but the deadly siege at Army Public School that led to 141 deaths – out of which 132 were of children – and countless injuries almost immediately led tooutpourings of condemnations and grief from across the country and internationally.

Several parts of Pakistan also saw people gathering for condemnation, mourning and candlelight vigilsTuesday night to show solidarity with the children and all others affected in the attack that lasted several hours.

Most of those killed will likely be laid to rest today and national mourning that has begun today will continue for the coming three days (Wednesday, Thursday and Friday). While schools are closed in parts of the country, a number of educational institutions will also remain open and offer prayers for the victims of the massacre. Candlelight vigils, protests and mourning meetings are likely to take place in several parts of the country as well as in international capitals. Furthermore, government buildings and Pakistani missions world over will have their flags lowered to half-mast for the three days of mourning and books of condolences will be opened