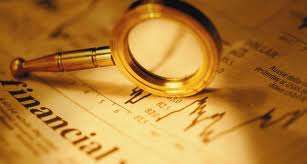 LONDON, April 25 (Reuters) – Investors are switching their attention back to developing countries’ debt after flirting with U.S. and European junk bonds during a year of turbulence in emerging markets.

A long sell-off in anticipation of U.S. stimulus withdrawal meant emerging sovereign debt posted negative returns last year but the sector has enjoyed one of its best starts to a year in a decade in 2014, investors say, with returns of 5 percent so far.

That is helping pique interest in emerging debt among both professional crossover investors, whose mandate enables them to move across asset classes, and volatile retail investors who last year withdrew some $25 billion from the market.

David Ennett, investment director for high yield at Standard Life Investments, said the asset manager had been switching to emerging markets in its strategic bond fund.

“That’s a trade we have been doing in the last two weeks – emerging markets do look a lot cheaper now,” he told a media briefing this week.

Investors fled emerging markets after the Federal Reserve signalled last May that it would cut back the bond-buying that had helped fuel demand for risky assets, with countries that depended on foreign portfolio inflows hit especially hard.

Many switched their cash into global high-yield debt – bonds issued by companies with junk credit ratings – which, as the bulk of such bonds are issued in U.S. markets, offer a yield premium without country risk. Lower default rates and improving credit quality also attracted investors.

Nearly a year later, however, the Fed has started scaling back its stimulus, and emerging markets are considered to have priced in the change.

Although concerns persist about growth and reforms in some emerging economies, fund managers have seen countries such as Turkey, India and Indonesia successfully fighting currency outflows with sharp rises in interest rates.

Around $3.5 billion of net flows reached emerging market bond funds in the three weeks to April 16, according to data from Boston-based fund tracker EPFR, which mainly captures retail investment flows.

That followed almost continuous weeks of outflows this year.

High-yield funds have enjoyed inflows in almost every week this year, but the size of inflows dwindled in the most recent week to under $200 million.

Lipper data also shows a shift to emerging markets bonds in the past four weeks, and diminishing flows to high yield.

High-yield debt crossed over to yield less than emerging market debt last October, and yields on the asset class have continued to fall towards a skimpy 5 percent.

(For GRAPHIC on high-yield versus emerging debt yields, see http://link.reuters.com/huf47v)

“A lot of people are talking about it, the question is whether that is enough compensation for the additional risk,” said Iain Stealey, who manages global bond strategies at JPMorgan Asset Management.

“It’s getting to the level where people are starting to get interested.”

“Following the financial crisis, (hard currency emerging debt) was noticeably more expensive than high-yield bonds, where investors could expect spreads that were 700 or 800 basis points higher – this trend has now reversed,” he added.

But high-yield continues to see positive flows, even if they have fallen, and both high-yield and emerging market debt markets have seen well-supported new issuance.

Recent oversubscribed high-yield bonds include Numericable and Altice, according to Thomson Reuters news service IFR, while Dubai and Pakistan are among borrowers which have returned to the emerging debt market.

Fans of the high-yield market also point to default rates at historically low levels, suggesting the recent fall in yields is not a mispricing.

Global high-yield default rates were 2.4 percent over the past 12 months, compared with the long-term average of 4.5 percent, according to research from Candriam Investors Group.

Shrinking yields in other asset classes, such as sovereign debt of the euro zone’s periphery, could also continue to help expand the market’s frontiers.

Candriam expects issuance of Western European high-yield debt – a small but growing segment of the global high-yield market – to near a record 110 billion euros ($152.12 billion) this year.
($1 = 0.7231 Euros)