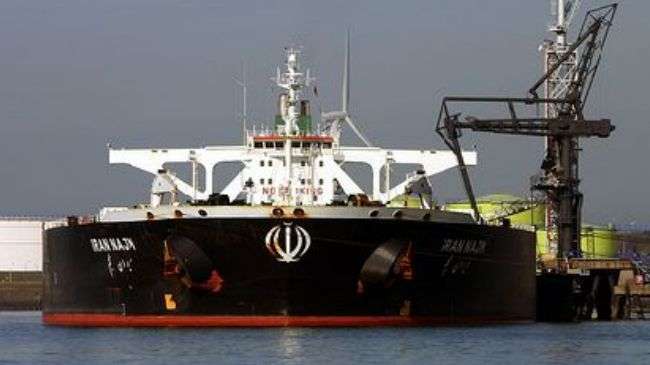 The rise in sales to Iran’s main clients, mostly in Asia and including Turkey, comes after a temporary agreement that eased some of the sanctions aimed at undermining the OPEC member’s nuclear program.

The deal between Iran and six world powers struck in November, and implemented on Jan. 20, freed up $4.2 billion in oil payments to Tehran in return for curbs on its nuclear program.

Under the deal, Iran’s exports are held to an average of 1 million bpd for six months through late July.

In total, February crude loadings by Iran’s top four buyers – China, India, Japan and South Korea – rose to 1.16 million bpd versus 994,669 bpd lifted in January, according to a loading plan seen by Reuters.

Adding in oil lifted by Turkey – which came in at 105,824 bpd in January and 117,857 bpd in February – Tehran’s exports have busted the sanctions limits at least since November.

The loading volumes exclude condensate, a light oil, that Iran exports to China and others.

Ever since the 2012 sanctions were imposed and slashed Iran’s oil exports by more than half, five buyers – China, India, South Korea, Japan and Turkey – have bought nearly all of Iranian crude exports.

U.S. senators have written to President Barack Obama, saying they believe Iran should not be allowed to circumvent sanctions as world powers work on a final agreement on the nuclear program.

“Iran cannot be allowed to be open for business,” 83 senators wrote in the letter. “We view this period as one fraught with the danger of companies and countries looking to improve their commercial position in Tehran.”

The Obama administration believes Iran’s exports will fall in coming months and exports through late July will average 1 million bpd. To make that happen, Washington could put more pressure on Iranian crude buyers to slash purchases.

The intake of Iranian oil by Asian buyers alone has topped 960,000 bpd since November, government and industry data has shown, and adding in an average 100,000 bpd of crude for Turkey, the exports have breached 1 million bpd at least since then. (Full Story)

With January and February loadings – for February and March arrivals – also holding above 1 million bpd, according to the document seen by Reuters this week, exports look set to breach the cap for the first quarter of the year, allowing up to three weeks for shipments to China, Japan and South Korea.

China lifted 502,500 bpd in February, again taking its purchases back to pre-sanctions levels. The nation’s refiners received 564,536 bpd in January.

In comparison, China imported 428,840 bpd of Iranian oil for all of 2013, according to customs data. China’s February import numbers are not due out until later this week. (Full Story)

Government sources in India have said refiners must cut their Iranian oil imports by nearly two-thirds from the first quarter after the United States asked it to hold the shipments at end-2013 levels. (Full Story)

Japan’s February import numbers are due later this month.