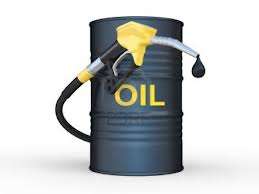 The annual hedge, run by Mexico’s finance ministry to protect public finances heavily dependent on crude revenue, typically occurs around August and September each year and its timing is still closely watched by traders as its sheer size can move markets. Some traders said a pick-up in options volatility was likely tied to anticipated hedging activity from Mexico.

Traders said talk of the hedging may have contributed to a recent downturn in prices, with U.S. benchmark crude having fallen more than 5 percent in two weeks to its lowest since January. However, some analysts noted that prices for 2015 and beyond have not fallen as quickly, which would be expected if Mexico were hedging next year’s production.

“They are already doing their hedge for 2015. There are a couple of banks involved,” said a trader who spoken on condition of anonymity.

Goldman Sachs Group Inc  GS.N could be involved in the 2015 program, after participating in last year’s operation, the source added.

The finance ministry did not immediately respond to requests for comment. A spokesman for Goldman Sachs declined to comment.

Under the program, Mexico buys options to guarantee a minimum value for its crude, selling contracts for future delivery at the locked-in price.

“This is the time of year they normally do their program,” said an energy hedge fund trader with knowledge of Mexico’s hedging program.

“They are fairly regimented, mostly buying OTC puts, which then get hedged by the desk selling to them,” the trader added.

It was not yet clear how much of its annual exports Mexico will hedge for next year.

One possible indicator of the increased hedging activity is a pick-up in oil market implied volatility, a measure of demand for options, another trader said.

The CBOE’s oil volatility index  .OVX has jumped to more than 19 from 16 over the past week, nearing its highest since March. But it is still depressed relative to historical norms, following a prolonged period of comparatively calm prices and reduced trade.

The oil hedge program, which cost the country at least $450 million for 2014, is designed to protect government finances from a precipitous drop in oil prices.

In 2009, Mexico’s oil hedges were a lifesaver for the country when international crude prices crashed precipitously far below the locked-in price.

Mexico averted disaster that year by locking in a minimum price for its net oil export volumes and staggered through its worst economic downturn since the 1990s.

The country’s crude output has dropped by a quarter since reaching a peak of 3.4 million bpd in 2004, and this year expects production to slide to an average of 2.44 million bpd, the lowest since at least 1990.