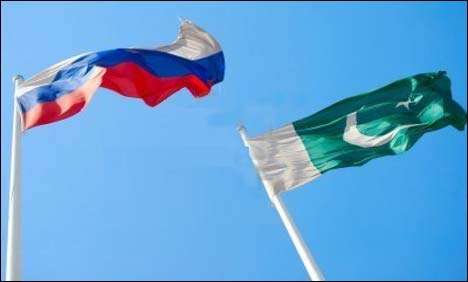 PAK-RUSSIA COOPERATION TO BE ENHANCED IN ALL FIELDS – ISHAQ DAR.

PAK-RUSSIA COOPERATION TO BE ENHANCED IN ALL FIELDS – ISHAQ DAR.

The visiting Finance Minister Ishaq Dar has said that Pak-Russia collaboration in the field of trade, economy, science, technology, agriculture, education and culture will gain new impetus due to continuous high-level interaction between the leadership of the two countries. He was speaking on the occasion  of 3rd  meeting of the Pak-Russian Inter-Governmental Commission on Trade, Economic, Scientific and Technical cooperation, held here from November 26-28, 2014 while heading the high-powered Pakistani delegation,.

The Minister expressed his satisfaction over rapidly increasing Pak-Russian relations in all fields.

“We are moving forward in right direction in promoting bilateral relations in diverse fields – economic, as well as political- for the mutual benefits of both the nations and we are committed to translate them into substantive economic partnership” – he emphasized.

The Russian Co-Chair and the Minister of Sports of the Russian Federation, Mr V. Mutko underscored that both the countries enjoy strategic geographical locations and are endowed with rich human and material resources, which offers immense possibilities for mutually beneficial collaboration.

At the conclusion of the meeting, both sides signed a joint statement, reiterating cooperation between the two governments, as well as, encouraging private entrepreneurs to boost bilateral trade, commensurate with existing potential. Both sides expressed their determination to remove all impediments in the way of finalization of plans and projects mutually agreed upon.

The two sides are willing to cooperate in various projects in the fields of oil and gas exploration, construction of floating LNG terminals, North-South gas pipeline from Gwadar to Nawabshah, sharing of seismic and geological data, Enhanced Oil Recovery, LPG processing facility and gas purification plants, modernization of oil and gas infrastructure, innovative technology solutions in coal industry, and building/renovation of various power generating units in Pakistan, especially those of Russian origin.