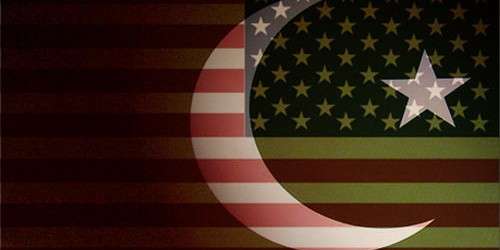 The Working Group on Economy and Finance, which is part of the Pakistan US Strategic Dialogue framework process, met today in Washington DC. Finance Minister Muhammad Ishaq Dar led the Pakistan delegation, while the US side was led by Under Secretary of State for Economic Growth, Energy, and the Environment, Catherine Ann Novelli.  Senior officials from the concerned Ministries and departments from both sides were part of their respective delegations.

The discussions focused on how the two sides could best work together to deepen economic cooperation with a view to realizing the vision outlined by Prime Minister Muhammad Nawaz Sharif and President Barack Obama in their Joint Statement of 23 October 2013. Federal Minister for Finance Muhammad Ishaq Dar updated the U.S. delegation on the current state of Pakistan’s economy and its ongoing economic reforms.

The US side praised the structural reforms undertaken by the Finance Minister to implement the Prime Minister’s agenda for economic growth. Steps to reduce the fiscal deficit, stabilizing the currency and improving the investment environment were lauded by the US side. Pakistan’s entry into the international bond market, according to the US delegation, was a welcome sign which demonstrated the confidence of the international community on the upward trajectory of Pakistan’s economy.

Both sides reaffirmed their commitment to expanding bilateral trade and business links and welcomed the upcoming United States-Pakistan Trade and Investment Framework Agreement (TIFA) Council meeting in May 2014 in Washington, D.C. The US side reiterated its commitment to supporting private sector-led growth in Pakistan and welcomed the proposal to regularly convene a Joint Business and Investment Forum, involving the private sector.

Highlighting the importance of intensifying efforts to facilitate regional connectivity, Finance Minister Dar briefed his US interlocutors on the steps taken by the Government of Pakistan to improve regional connectivity, especially in trade and energy sectors, including the Central Asia-South Asia electricity transmission project (CASA-1000), Turkmenistan, Afghanistan, Pakistan, India (TAPI) pipeline project and Non-discriminatory Market Access (NDMA) to India. He stated that Prime Minister Sharif’s government is committed to making Pakistan a regional hub of trade and economic activities. The Finance Minister also underscored the importance of U.S. participation in various energy related projects such as Dasu and Diamer Basha hydral projects.  Both sides agreed to continue working together in the future on all energy related projects.

Reaffirming the shared interests in further promoting educational and research opportunities for Pakistani students, scholars, and researchers in the U.S. institutions, the two sides agreed to consider establishing a Working Group or sub group on Science, Technology and Education under the framework of Strategic Dialogue process.

This productive exchange on the entire gamut of economic cooperation builds on the Ministerial Meeting of the Strategic Dialogue held in Washington DC in January 2014.