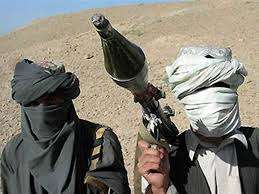 PARACHINAR/DERA ISMAIL KHAN, Pakistan, May 28 (Reuters) – T he Pakistan Taliban split into two groups on Wednesday, highlighting growing divisions within the movement and diminishing the government’s chances of finding a negotiated settlement with the insurgency.

The split is between two rival groups from the powerful Mehsud tribe which provides the Taliban the bulk of their money and fighters from its base in the South Waziristan region.

The breakaway group is in favour of peace talks with the government while the main insurgency has announced that it will continue attacks against government and security targets.

“The (Taliban’s) present leadership and fighters have become a band of paid killers involved in un-Islamic activities like killings, robberies, extortion and kidnappings for ransom,” Azam Tariq, a spokesman for the breakaway faction, told Reuters.

The Taliban leadership could not be reached for comment.

The Pakistani Taliban – separate to but allied with the Afghan Taliban – is already fractured, a loose union of groups who often fight with each other.

The latest split diminishes hopes the government can find a negotiated peace deal with the insurgents deeply divided over whether to talk to the government.

All Pakistani Taliban leaders have been Mehsuds except for the current chief who took power in a bitterly contested struggle last year.

On one side is a commander called Khan “Sajna” Said, who supports peace talks with the government of Prime Minister Nawaz Sharif, Taliban commanders said.

His rival, Shehryar Mehsud, is against the tentative talks that began in February, and one of his commanders said attacks on the government would go on regardless.

Both Afghan and Pakistani insurgent leaders have issued a series of urgent appeals for unity in recent weeks after clashes between rival commanders killed scores of Taliban fighters.

Senior Taliban commanders in Pakistan and Afghanistan said on Wednesday that they had called a meeting of the leadership council to discuss the latest split.