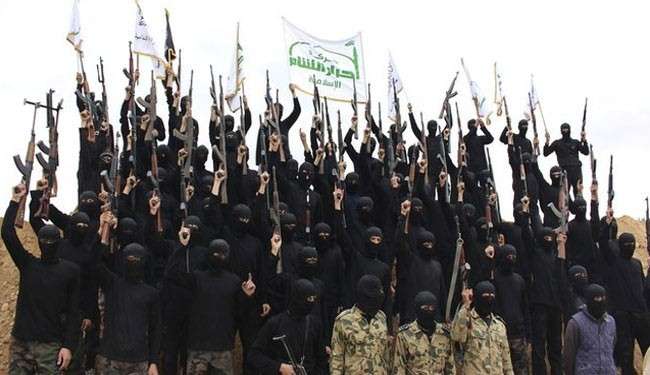 Real US motives behind bombing ISIL : By Abdullah Weiler

Real US motives behind bombing ISIL

US President Barack Obama recently delivered a national address outlining a four-point strategy to counter the threat posed by ISIL to the Middle East and beyond. Yet, given that ISIL was created by regional players acting under US auspices, we must ask what the real strategy behind this rhetoric emanating from POTUS about forming an international coalition to confront the terrorist threat is? Has Obama experienced a revelation on the road to regime change in Damascus or is the military option disguised as R2P still on the table?

For the second time in one week, Obama has addressed the nation about the threat posed by the extremist organization, the Islamic State of Iraq and the Levant. Conceding that the use of American military power would only serve to fuel extremism, he nevertheless confirmed that his four-pronged strategy designed to “degrade and destroy ISIL” would include airstrikes in Iraq and Syria. “We’re moving ahead with our campaign of airstrikes against these terrorists,” Obama reassured his fellow citizens. “And we’re prepared to take action against ISIL in Syria as well.”   Obama previously disclosed that over 150 sorties had already taken place against terrorist targets in Iraq.

Obama’s counterterrorism strategy against ISIL consists of four parts: first, continuing the US air campaign to strike ISIL targets; second, increasing US support to Iraqi and Kurdish forces fighting the takfiri militants; third, expanding efforts to cut off funding, improve intelligence, bolster defenses, counter ISIL ideology, and curtail recruitment of foreign fighters; and fourth, providing humanitarian assistance to innocent civilians. While Obama did not specify how US intelligence would be improved or how ISIL recruiting activities could be constrained, his airstrikes must be viewed with suspicion due to America’s record of bombing countries and imposing sanctions under the humanitarian guise of “responsibility to protect” (R2P).

If the US commander-in-chief were truly serious about fighting ISIL, he would partner with Syrian President Bashar al-Assad, who has been battling foreign-backed extremists since early 2011, but Obama has refused to do so. Instead, in his weekly address to Americans, Obama revealed, “Saudi Arabia will join the effort to help train and equip moderate Syrian opposition forces.” As a result, Washington would seem to be dooming their Saudi-trained proxies in Syria to certain defeat in a two-front war: On one side, these “moderate opposition” forces would be facing battle-hardened Syrian Army troops, and on the other, they would be engaging extremists from the militarily superior ISIL, which already appears to have gained dominance over Jabhat al-Nusra, the Free Syrian Army and other so-called “opposition” factions in northern Syria.

For their part, Germany and Britain have announced that they would not participate with the US in airstrikes in Syria, arousing suspicions of a possible divergence among US allies over any cavalier actions which may provoke a response from Syrian ally Russia, particularly in view of the tinderbox the US has created in Ukraine. Russia has warned the US that attacks inside Syria without authorization by the UN Security Council would be considered as an act of aggression and a gross violation of international law. Furthermore, a number of academics and leaders have urged that any US raids on ISIL targets within the sovereign state of Syria should be coordinated with President al-Assad; among them is former chief of staff of the British army General Lord Dannatt, who stated that “if there is going to be any question of air strikes over Syria airspace it’s got to be with the Assad regime’s approval.”

At the same time, Western leaders blame Obama’s indecision over Syria as the cause for the appearance of ISIL, rather than US machinations to topple the al-Assad administration. Typical is French President Francois Hollande, who lamented, “If, one year ago, the major powers had reacted to the use of chemical weapons, we wouldn’t have had this terrible choice between a dictator and a terrorist group.” Disregarded by the West is the evidence that the chemicals were supplied by then Saudi intelligence chief Prince Bandar bin Sultan and deployed by ISIL affiliate Jabhat al-Nusra, and not by the forces under the control of the Syrian president, who has acted as any responsible leader would in defending his country from attacks by foreign-backed insurgents.

Rather than an accident of indecision, ISIL is the result of deliberate efforts by the US and its client states, among them Saudi Arabia, Qatar, Turkey, Jordan and Kuwait, to build a proxy army to oust President al-Assad from power in Syria, and thereby eliminate an ally of Iran.  Washington’s strategic planners chose a proxy war against Syria as the approach to coercing Iran back into the US-dictated world order, since, unlike Iraq, which was weakened by years of US sanctions, Iran is a strong regional power with a formidable defense force capable of repelling a direct assault.

However, due to competition between Saudi Arabia and Qatar over funding rival extremist factions aligned to their respective interests, the regime change scheme in Syria went awry, resulting in a loss of control over their proxy warriors and the emergence of ISIL.

British Prime Minister Henry John Temple Lord Palmerston once said, “We have no eternal allies, and we have no perpetual enemies,” and his words apply to the US today, for ISIL is not the first US-supported proxy army of militants transmuted from an asset to a target after achieving Washington’s geo-strategic goals. The US, along with their Saudi and Pakistani allies, built a powerful army of militants, later called al-Qa’ida, whose mission, which was accomplished in 1989, was to expel the former Soviet Union from Afghanistan, but the US declared war on them following the 9/11 attacks. The reverse has happened as well: the Mujahedin-e Khalq (MEK), once considered a terrorist organization, now acts as a US proxy force against Iran. Yet, the tactical role of ISIL in Washington’s strategic plans remains unclear.

To unmask the real strategy lurking behind Obama’s rhetoric, we note that ISIL is acting in accordance with at least six US geo-strategic goals. First, it is aiding the US objective of regime change in Syria, and providing a pretext for “humanitarian intervention;” second, it is securing oil and gas fields and pipeline corridors on behalf of Western interests; third, it acts as a destabilizing force to prevent a unified Iraq; fourth, the group poses a potential threat to Iran at a time when it is still negotiating with the US; fifth, the ISIL provides political cover for the atrocities perpetrated by the Zionist regime; and sixth, ISIL serves the need to refresh periodically the “Islamic” terrorist threat.

Additionally, ISIL provides validation for the vilification of Islam, as is necessary to justify America’s “Long War.” Despite Obama’s insistence that “ISIL is not Islamic,” the takfiri organization represents an icon of “Islam” as portrayed in the Islamophobes’ vilest diatribes.  This phenomenon, called the “Green Scare” by Rutgers Professor of Middle East Studies Deepa Kumar, is the post-Soviet era replacement for the “Red Scare” of communism, but suffers the drawback of requiring periodic refreshment. Since it cannot induce the same hysteria as a nuclear-armed communist state, a new, ever-more-threatening “Islamic” terrorist threat must be trotted out periodically to restore the desired level of fear among the citizenry.

Likewise, the neocons’ attempts over the past decade to cast Iran in the role of potential nuclear-armed adversary have met little success. As a result, the US government has been forced to rely on a series of manufactured “Islamic” threats, the latest of which is ISIL, to maintain fear among its citizens so that they continue to support Washington’s imperial war budgets. And should the ISIL fail to induce the desired terror in the hearts of Americans, Washington calls on someone like Henry Kissinger to confirm that an even greater threat is looming ahead. For example, the Potomac potentates now claim to have found a Syrian al-Qa’ida cell that is working with Yemeni bomb makers and preparing to target US airlines.

Connecting the dots, recall that Obama’s “Asia Pivot” shifted US geo-strategic focus to China “containment.” Since Iran is a major oil supplier to China, by sanctioning Iran, the US believes it can control China, and by destabilizing Syria, the US believes it can weaken Iran. Moreover, if Obama succeeds in installing a US-client government in Damascus, Qatar could build a pipeline across Syria from its North Dome gas field, undercutting Europe’s current gas supplier, thus reinforcing the US strategy of Russian containment in Ukraine and eliminating a friendly port for Russia on the Mediterranean.

So the ISIL continues to play a role in advancing US geo-strategic goals of Sino-Russian containment, suggesting that Obama’s airstrikes are just for show. Indeed, the US may be tactically bombing ISIL positions, but it is still strategically targeting Damascus and Tehran