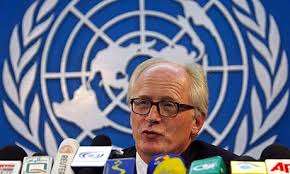 Since the 2008 global crisis, there has been a lot of soul-searching about the role of the financial industry at both the national and international levels. People have now recognized many problems in the system that were overlooked during boom times: excessive concentration in a few sectors, ineffective supervision and the exclusion of many communities.   Lessons were learned, and much was accomplished to tackle some of these problems. But the situation is still far from satisfactory. According to Shamshad Akhtar, executive secretary of the United Nations Economic and Social Commission for Asia and the Pacific, “billions of people are still excluded from the formal financial system”. She said that’s why promoting “development finance”, a longstanding UN goal, is still a “principal issue”. Although poverty has been hugely reduced in recent years, and development finance practices have improved in many emerging nations, demand has also risen. “Demand for development funding has gone up, although it’s changed in context and texture quite a bit, so we need to think how can we position the global and national financial systems to serve the requirements of sustainable development,” Akhtar said. “Banks don’t necessarily cater to micro and small clients. Poverty remains a pervasive issue. And banks do not provide long-term funding” of the sort required for development, she said. She served as governor of Pakistan’s central bank before working at the Asian Development Bank for 15 years. Akhtar offered some examples from Pakistan to illustrate how the concept of “development finance” has evolved. In Pakistan and other South Asian regions, microfinance has a long tradition, as symbolized by Nobel Peace laureate Muhammad Yunus and his Grameen Bank. Akhtar noted that when talking about microfinance, the first thing to bear in mind is that “it is very different from other forms of lending”, such as loans involving small and medium-sized enterprises and large corporations. “Microfinance is special in the sense that you are dealing with very small businesses, that you are not only trying to meet entrepreneurs’ needs but also credit demand for purposes such as education, children, weddings, health and consumer demand,” Akhtar said. She also said “microfinance” has different meanings. The definition that’s emerging is one of what some people call “financial inclusion”, which means “you have to develop an inclusive financial system where the microtransaction is looking after the multiple needs of individuals. It should be a holistic service provider.” Financial inclusion means special institutions have to be developed to deliver microloans. In Pakistan’s case, more than 10 special licenses have been granted to microfinance banks. These private banks have lower capital requirements than banks and are supervised by the central bank. Akhtar said that not all governments want to follow such a system because the supervision of these banks requires competent regulators. Central banks have to appoint special supervisors and train them, which is costly. But Pakistan has found that it is worthwhile to do so. In China, banks’ preference for profits above serving the real economy has supported the growth of shadow banking. A deputy central bank governor in China recently warned that shadow banking threatens to undermine the nation’s financial system and called for tougher rules to control an industry that’s driven up borrowing costs and done little to support the economy or productivity. Akhtar agreed that shadow banking in China is a “very serious problem”, but she cautioned that an excessive crackdown could discourage the development of the country’s capital market. “I don’t think the issue is so much about the nonbank financial sector because, strictly speaking, it should really be included in overall capital market development. What is a problem in most countries is that the bulk of financial intermediation derives from banks,” she said. To make sure banks thrive, strong corporate governance, due diligence in extending credit and equal treatment of State-owned enterprises and private-sector ones are crucial, she stressed. “The clear evidence I’ve found over the years is that if you privatize banks, and if there are good strategic shareholders and good management, actually private companies definitely do much better than SOEs,” she said. While praising the ongoing financial reform program in China as “very impressive”, she also stressed it is important that “the sequence is carefully managed”, especially when the traditional model is so entrenched. “My experience as a central bank governor led me to understand that the process (interest rate liberalization) is very complicated, especially for a country the size of China. Establishment of a deposit insurance system is important, because ultimately someone has to cover the risk in cases of bank failures,” she said. It is also important to have the proper dynamics that will allow other reforms to happen along with interest rate liberalization, she noted.